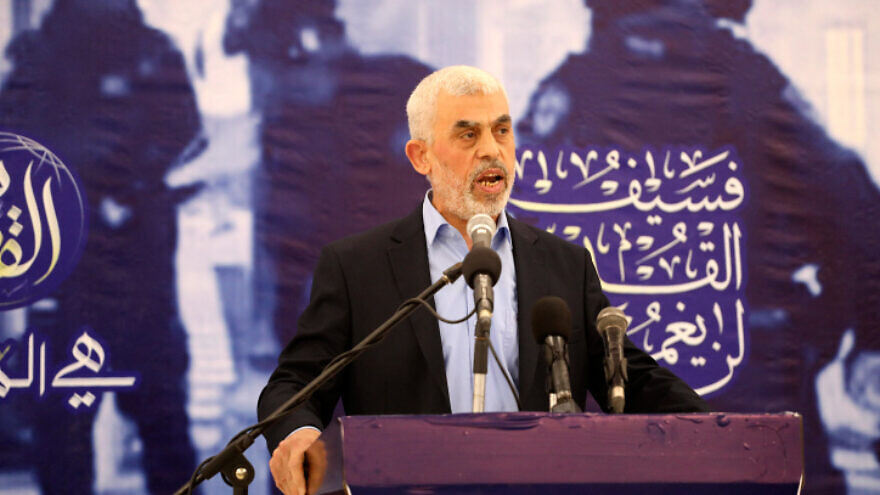 (May 4, 2022 / JNS) Hamas said on Tuesday that Israel’s intention to allow Jews to visit the Temple Mount on Israel Independence Day would lead to a fresh round of fighting, according to Israeli media reports.

“The invasion of Al-Aqsa on Thursday means an explosion that will lead to a new war,” said Hamas spokesman Abd al-Latif al-Qanua, according to Ynet.

“The Palestinian people will not allow the occupation to go back to invading and dividing the Temple Mount,” he said. “Israel will bear responsibility for its racist behavior.”

This was the second time in a week that the Gaza-based terror group has threatened war over Israel’s actions on the Temple Mount. On April 30, Hamas leader in Gaza Yahya Sinwar said that war would erupt unless Israel ceased enforcing the law at the Al-Aqsa mosque and accused Arab Knesset member Mansour Abbas of treachery for joining Israel’s coalition government.

Also on Tuesday, Hamas condemned Israel’s decision to disconnect the loudspeaker system at the Al-Aqsa mosque ahead of Memorial Day for Fallen Soldiers and Victims of Terrorism, which began on Tuesday evening with a ceremony at the Western Wall, adjacent to the mosque.

“The Zionist occupation bears full responsibility for the consequences of this crime,” said Hamas, according to Ynet. “The banning by the Zionist occupation authorities of evening prayer callouts from the blessed Al-Aqsa mosque constitutes severe harm and harm to the sanctity of the mosque.”

On Monday, Hamas operatives displayed a massive banner in the Temple Mount compound, bearing an Eid al-Fitr message to the Palestinian residents of eastern Jerusalem, against the backdrop of a terrorist armed with a shoulder-fired missile.

Eid al-Fitr is marked by Muslims at the end of the month of Ramadan.