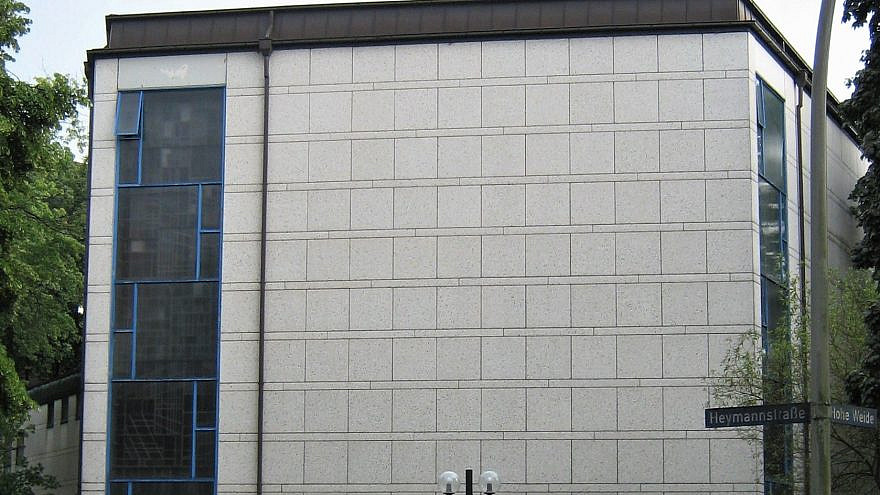 (February 23, 2021 / JNS) The American Jewish Committee is demanding the Hamburg public prosecutor’s office to reconsider its ruling that an anti-Semitic attack on a German Jewish student was due to mental illness.

Last October, a 26-year-old German Jewish student wearing a kipah was beaten in front of the Hohe Weide Synagogue in Hamburg’s Eimsbüttel district by a man who had a hand-drawn swastika in his pocket. The 29-year-old attacker, later arrested by police, repeatedly struck the student on the head with a shovel outside the synagogue as the Jewish community celebrated the holiday of Sukkot.

A police spokesman cited by Germany’s news agency Deutsche Presse-Agentur said the suspect, a German of Kazakh origin, appeared to be in a confused state when they tried questioning him.

However, Hamburg’s public prosecutor recently ruled that “there is no evidence of a political motive,” describing the perpetrator as a victim of “delusional fears of persecution” because he believed that Jews were trying to kill him.

AJC Berlin said on Twitter that it demands Hamburg prosecutors “not to belittle anti-Semitism & to depoliticize acts of violence.”

The U.S. branch added: “The prosecution blames mental illness for the crime. We join @AJCBerlin in calling for the attack to be recognized for what it is: an act of Jew-hatred.”