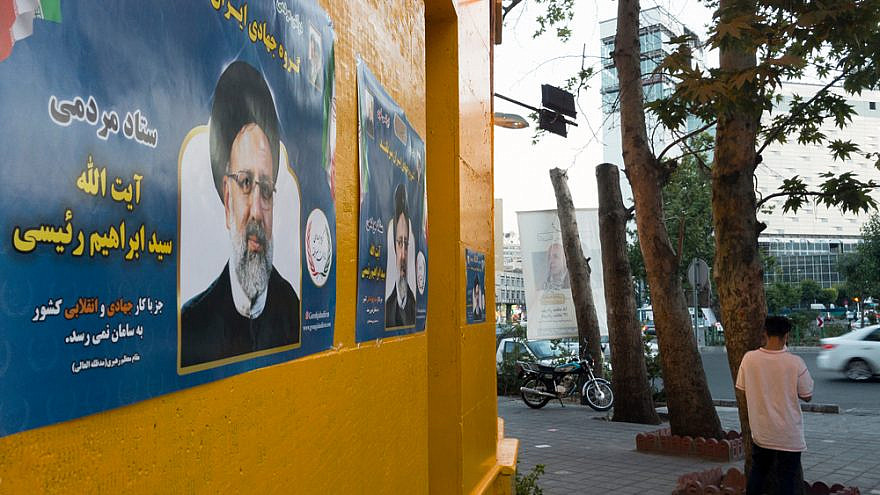 (August 6, 2021 / JNS) Iran’s newly elected president, Ebrahim Raisi, was sworn in on Thursday, following an election process in which most of the candidates were disqualified and an election day marked by a low voter turnout.

“In the presence of the holy Koran and before the nation, I swear to the omnipotent God to safeguard the official religion of the country and the Islamic Republic as well as the country’s constitution,” he said in a ceremony broadcast live on state television, reported Reuters.

Raisi has been sanctioned by the United States for human-rights abuses when he was a judge. He is notorious for his role in Iran’s “death committee” at the end of the 1980s, which sentenced thousands of Iranian opposition members to death. His last position was head of the Iranian judiciary.

“The Iranian people expect the new government to improve their livelihoods. … All illegal U.S. sanctions against the Iranian nation must be lifted,” the leader said after being sworn in.

The United States and other world powers are now waiting to see whether stalled talks in Vienna focused on reviving a nuclear deal with Iran will be resumed following Raisi’s election. The last round of talks occurred on June 20.

Iran has in recent weeks faced widespread protests in its Khuzestan province over a drought and water shortages with demonstrations against the regime spreading to other areas as well.

Iran’s hardliners now control all three branches of government: the judiciary, the legislative and the executive.

Decisions on the use of military force and regional policy are, however, primarily made by Supreme Leader Ayatollah Ali Khamenei and the Islamic Revolutionary Guards Corps.