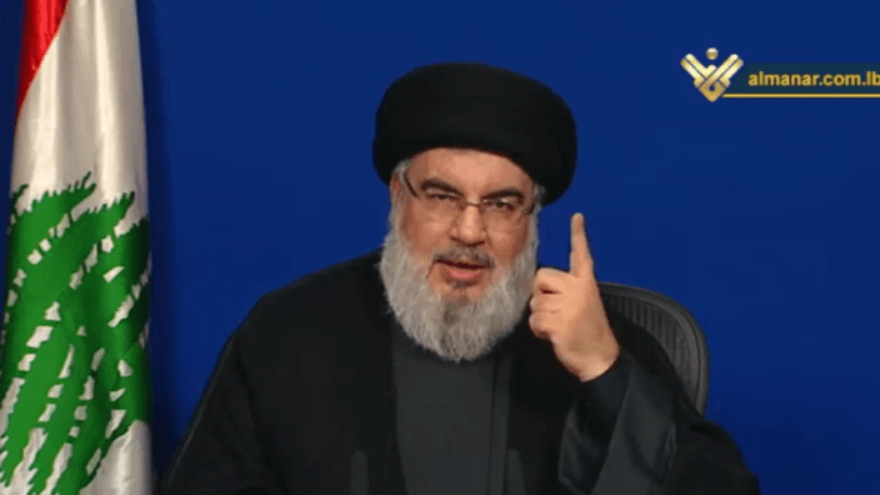 (February 9, 2022 / JNS) Iran itself and not its allies will “forcefully retaliate against any Israeli strike” against it, Hezbollah chief Hassan Nasrallah told Iranian media in an interview aired on Tuesday.

Speaking to the Iranian-based Arabic news channel Al-Alam, in comments translated by the Lebanese news site Naharnet, Nasrallah said that “Iran is a strong regional state, and any war with it will blow up the entire region.”

Nasrallah also claimed that Hezbollah’s precision-guided missiles are scattered all over Lebanon, so Israel would need to launch a full-scale war to destroy them, according to i24 News, based in Israel.

The terror chief boasted that Israeli drone flights over Lebanon have ceased “due to the superiority of Hezbollah’s air defenses,” reported i24.

Nasrallah said he was not “concerned” about “technical discussions” on marking out maritime borders between Israel and Lebanon.