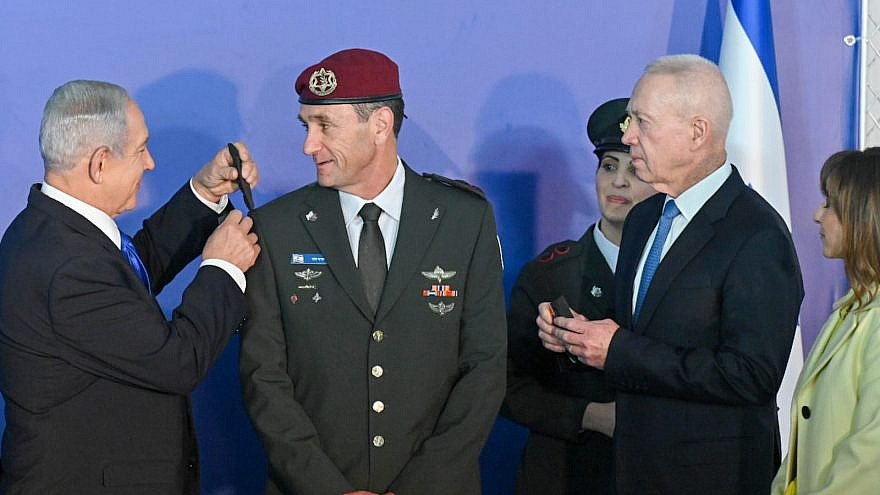 In a swearing-in ceremony attended by Prime Minister Benjamin Netanyahu and Defense Minister Yoav Gallant, Halevi was promoted to the rank of lieutenant general, officially taking over from Aviv Kochavi.

Halevi had been serving as the IDF’s deputy chief of staff, and previously headed the military’s Southern Command and Military Intelligence Directorate. He also commanded the General Staff Reconnaissance Unit (Sayeret Matkal) during the Second Intifada.

Later on Monday, Halevi was scheduled to visit the National Memorial Hall for Israel’s Fallen located adjacent to the Mount Herzl military cemetery, and then the Western Wall.

He was also scheduled to meet with President Isaac Herzog before heading to Tel Aviv for another ceremony at IDF headquarters.

A father of four, Halevi was born in Jerusalem and currently lives in Kfar HaOranim, which is under the jurisdiction of the Binyamin Regional Council. He holds a bachelor’s degree in philosophy and business administration from the Hebrew University of Jerusalem and a master’s degree in resource management from the National Defense University in the U.S.

Halevi was named after his uncle who died in the 1967 Six-Day War.

For his part, Kochavi on Sunday held a final meeting with Netanyahu to discuss the major operational challenges facing the country.

Netanyahu thanked Kochavi for his more than 40 years of service in the IDF and his significant contribution to the security of the state.