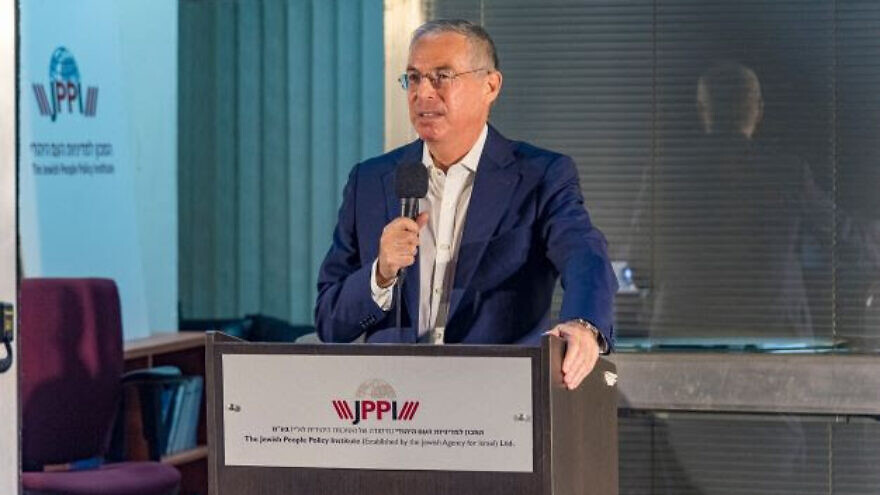 “The United States is the most important ally of Israel. The special relations between the two countries are based on shared values and close ties between the two peoples,” said Herzog, according to a press release by the Israeli embassy in Washington. “I would like to thank the embassy staff for their devoted work in fostering these relations, and I look forward to working with the embassy’s diplomats to strengthen and deepen the relations between Israel and the United States.”

Herzog, 69, the older brother of Israeli President Isaac Herzog, has served as a fellow at the Washington Institute for Near East Policy, as well as a senior fellow at the Jewish People Policy Institute. He had a lengthy career in the Israel Defense Forces, retiring at the rank of brigadier general and head of strategic planning.

He served as an adviser and chief of staff to numerous defense ministers.

Herzog was selected by former Israeli Prime Minister Benjamin Netanyahu as a special envoy in the 2009-2010 peace process and conducted secret backchannel negotiations between Israel and the Palestinians from 2013 to 2014.

Upon assuming office, Herzog hosted the annual three-day conference of the Israeli Consuls General in the United States. He dedicated his first day to meetings with embassy staff and thanked them for their work in strengthening the ties between Israel and the United States.

Herzog referred to his future engagement with the Biden administration, saying “there is no doubt that [U.S.] President [Joe] Biden is a true friend of Israel. Together with the administration, we will work to deepen our cooperation.”

He added: “Bipartisan support for Israel is a fundamental component of our relations with the United States, and I intend to work with both Democrats and Republicans to keep Israel a nonpartisan issue.”