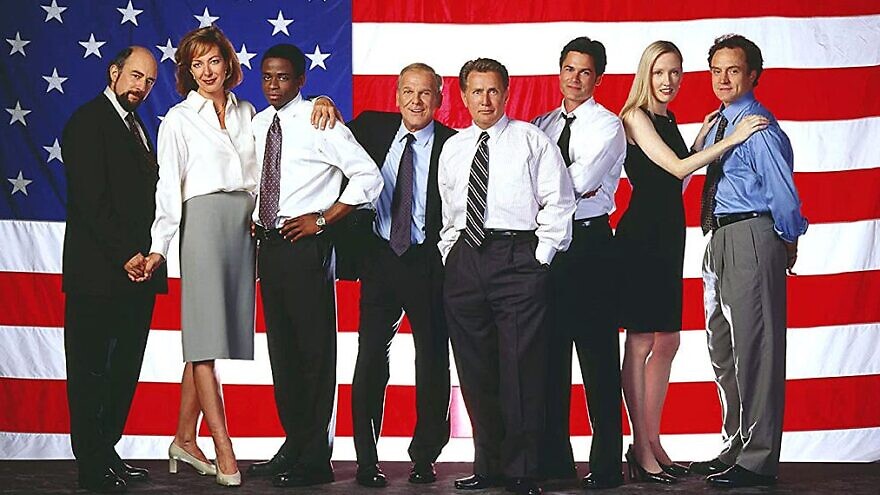 (November 3, 2020 / Israel Hayom) With the advent of one of the most fateful presidential elections in U.S. history, Israel Hayom offers readers a curated list of some of the best election-themed films and television series to binge until the exit polls are out.

Frank Capra made a number of political films throughout his career, but only one dealt directly with a presidential election. In this drama-comedy, based on a Pulitzer Prize-winning play, an American aviation baron (Spencer Tracy) is persuaded by his scheming mistress (Angela Landsbury) to run for president.

The documentary by D.A. Pennebaker and Chris Hegedus follows Bill Clinton’s first presidential campaign. The filmmakers began following the campaign long before Clinton became a favorite, and their behind-the-scenes look at the political machine leaves nothing to the imagination.

In this dark satire, Warren Beatty plays a senator who amazes his surroundings by adopting the persona of a rapper and starts to tell his voters the truth. Surprisingly, instead of killing his political career, his tactics bring him great success, and he quickly becomes the most beloved politician in American and a leading candidate for president.

Kevin Costner plays Bud Johnson, a single father from New Mexico who discovers that his vote, which was not counted, will determine an extraordinarily close presidential race. Both candidates rush to his town to convince him to vote for them.

George Clooney produced, directed and starred in this film about a Democratic governor who wants to win his party’s nomination for president. He teams up with an idealistic young political advisor (Ryan Gosling), who slowly starts to realize that his hero might not be everything he is cracked up to be.

This list would be incomplete without mentioning Aaron Sorkin’s excellent series, one of the most-lauded TV series ever, which was awarded 26 Emmy prizes, including four for best dramatic series. Must-see TV!

One of the original series that put Netflix on the map. “House of Cards” is an American version of a British TV series from the 1990s. As popular as the series was, it ended when star Kevin Spacey was ousted after public claims that he had sexually assaulted young men.

Julia Louis Dreyfuss plays a vice president who dreams of becoming president. The series follows her entourage, a collection of colorful characters who are essentially a satirical take on actual figures from Washington. The series made it all the way through without specifying the main character’s party and won 17 Emmy awards during its run.

Creator of “Grey’s Anatomy” Shonda Rhimes made another huge hit with series based on the dirty workings of Washington, D.C., with “Scandal.” Kerry Washington plays a fixer based on Judy Smith, who worked with U.S. President George W. Bush, who is involved in an affair with the president.

Geena Davis plays Mackenzie Allen, a vice president who becomes the first woman president of the United States after the president dies.