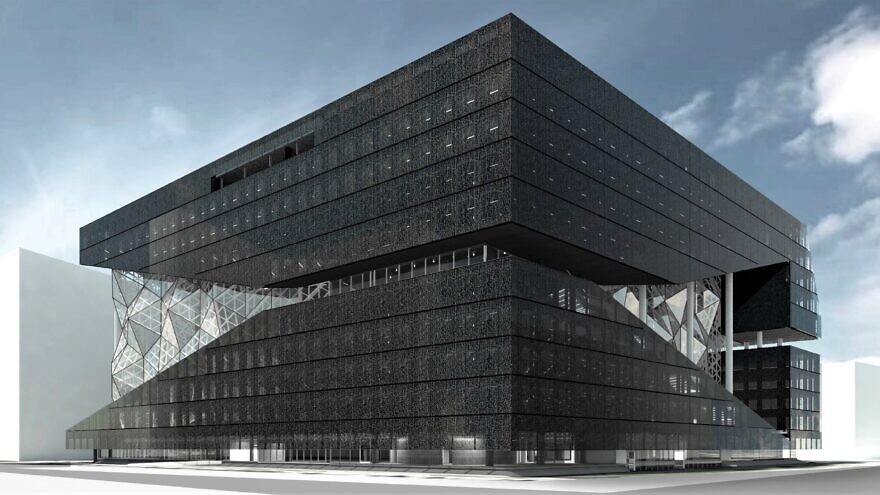 (March 12, 2020 / JNS) Nearly 50 Holocaust stone memorials were recently set into the pavement around a major German publisher’s new main office in Berlin in honor of the dozens of Jews deported from the city in the 1940s.

Publisher Axel Springer marked the opening of its new headquarters in Zimmerstrasse by laying the first of 87 stone memorials by artist Gunter Demnig in Berlin’s old Newspaper Quarter.

At least 26 Jews were deported from Zimmerstrasse 48a and 48b, the former building located at the site of the new Axel Springer office.

Company executives said the significance of the new location “can only be understood if its past is not forgotten.”

Chief executive Mathias Döpfne said the Axel Springer’s new building was “grounded in the ruins of German history,” and that the memorials “recall the terrible fates of the Jewish victims who lived on this patch of ground, like barbed hooks of history catching us as we pass.”

He added that “the resurgence of anti-Semitism in Germany, of all places, reminds us that in our fight against it, we must not be content to dwell in the memory of it, but must actively oppose it.”

German Culture Minister Professor Monika Grütters said “with the 87 memorial stones that will be placed here [in the newspaper district] … we want to remember those who were persecuted and murdered, and give them back their names and a place of remembrance.”