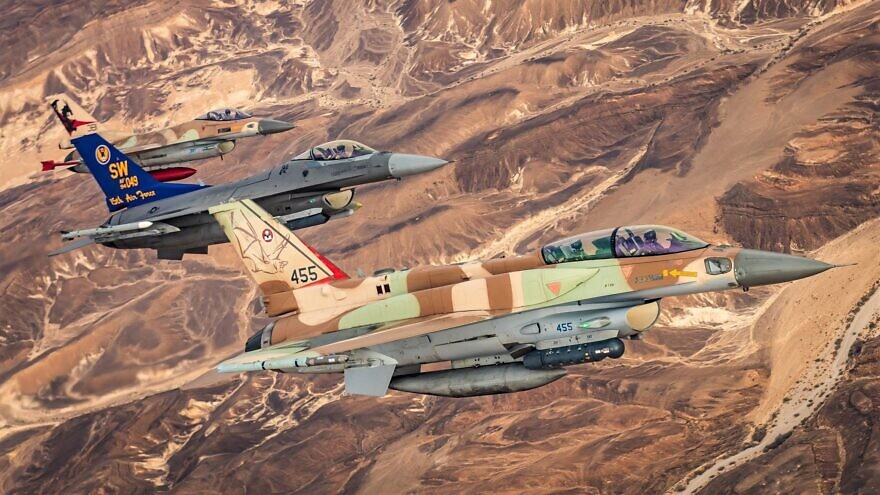 Dubbed “Desert Falcon,” it was held at Uvda Air Force Base in southern Israel, and included Israeli and American F-16 fighter jets, the IDF stated.

“During the exercise, Israeli and American aircrews flew wing-to-wing and trained for various aerial scenarios and strikes. The exercise marked a significant step for the strategic cooperation and operational readiness for the IAF and the USA,” add the Israeli military.

That exercise was Israel’s largest and most advanced aerial one to date. It included the IAF, Germany, Italy, Britain, France, India, Greece and the United States, and saw the first deployment of a British fighter squadron (of Eurofighter jets) in Israel since the establishment of the country.