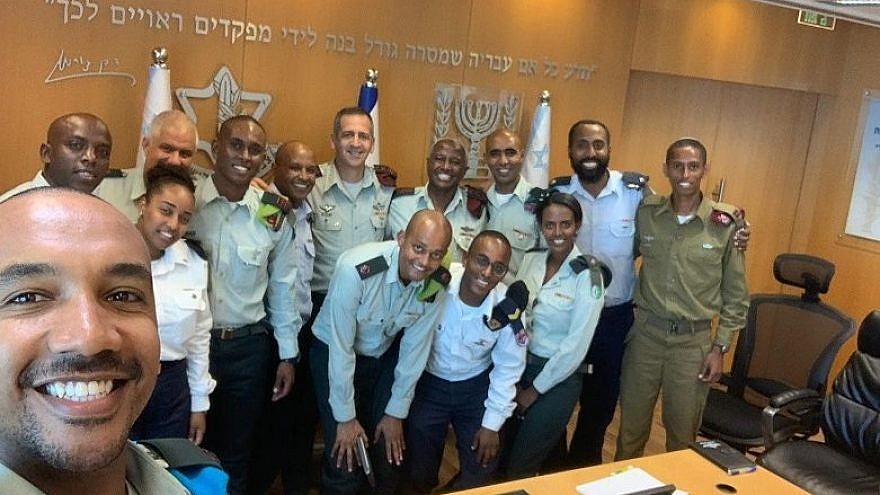 (June 2, 2022 / JNS) The Israel Defense Forces announced a series of measures this week to improve the integration of Ethiopian-Israelis into national military service.

IDF Spokesperson, Brig. Gen. Amir Vadmani, head of the IDF Personnel Directorate’s Planning and Research Department, presented the main recommendations of the IDF’s Committee for the Integration of Ethiopian-Israelis in the military.

The presentation was attended by a committee led by Aliyah and Integration Minister Pnina Tamano-Shata.

The committee, led by Brig. Gen. (Res.) Asher Ben Lulu, focused on expanding the placement opportunities of Ethiopian-Israelis in “foundational and quality positions in the IDF.”

“In order to do so, a number of significant steps have been taken, including expanding informational workshops for commanders, from 320 to 450 workshops per year. A dedicated community officer will also be appointed as a liaison between the IDF and Ethiopian-Israeli youth,” it stated.

“Dedicated task force groups will be organized to accompany and mentor IDF recruits. Additional welfare and financial assistance will be provided before and during recruitment and significant reinforcement will be given to the academic reserve and pre-recruitment preparatory programs,” said the IDF.

“It was also decided that the IDF would open a panel for a special Intelligence Directorate preparatory course for recruits who met the required recruitment qualifications and did not pass the screenings,” it added.