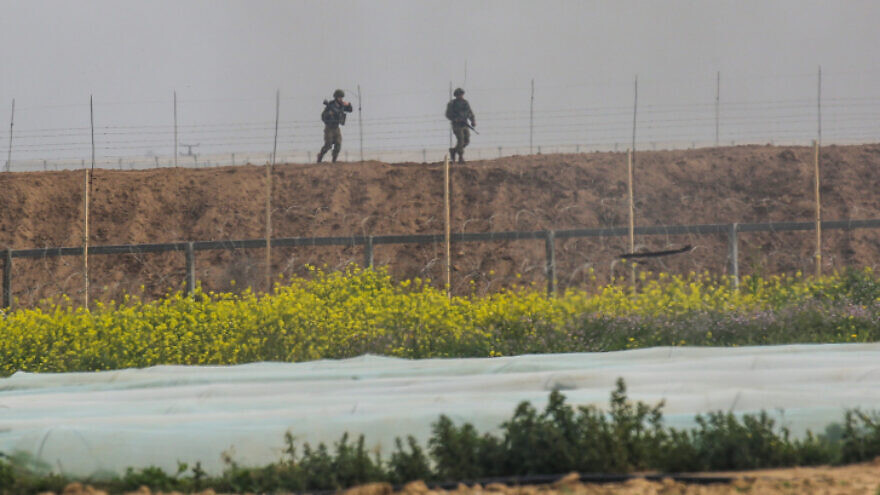 (September 3, 2020 / JNS) Israeli forces on Wednesday night arrested an armed infiltrator that had crossed into Israel from the southern Gaza Strip, the military said in a statement.

“Soldiers dispatched to the scene after IDF spotters identified a terrorist approaching the border fence found an explosive device and a knife nearby,” the military said in a statement.

At no point were any local communities in danger, and the suspect had been taken for questioning by the security services, added the statement.

A ceasefire agreement between Israel and Hamas, the terror group that rules the Gaza Strip, was announced on Monday following weeks of arson and rocket attacks from Gaza and retaliatory Israeli airstrikes.

Hamas agreed to halt all attacks against Israel, as well as all border disturbances, in exchange for Israel reopening border crossings and lifting restrictions on Gaza’s fishing zone.

The IDF revealed on Tuesday that it had struck some 100 Hamas targets throughout August, which it claimed had dealt the terrorist organization a “significant blow.”