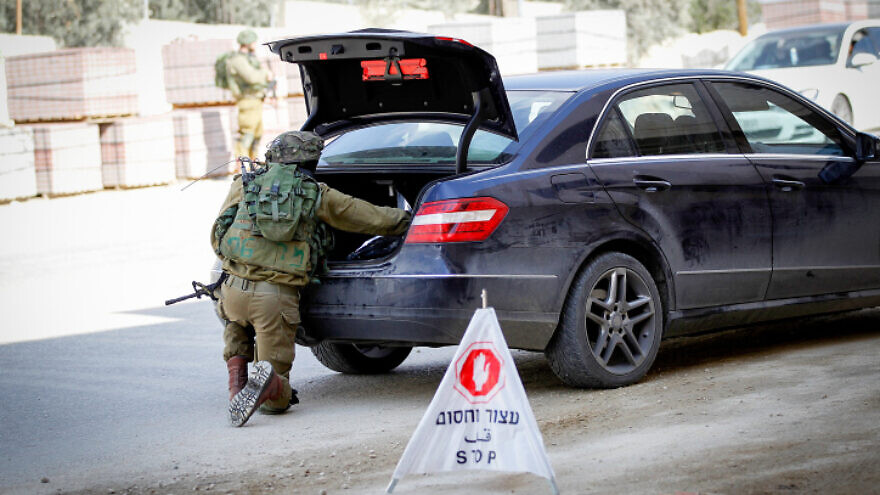 (May 31, 2022 / JNS) Israeli forces arrested two suspects in Samaria on Monday night after finding an improvised explosive device (IED) in their vehicle.

Soldiers pulled over a suspicious vehicle at Jit junction and discovered the device during a search. Ordnance disposal specialists dispatched to the scene confirmed the device was a bomb and neutralized it, according to the Israel Defense Forces.

Clashes erupted in the Qalandiya refugee camp during a raid, with dozens of Palestinians hurling rocks and fire bombs at soldiers, who responded with live fire in line with operational procedures, according to the military. Soldiers also reported hearing Palestinian fire during an operation in Nablus.