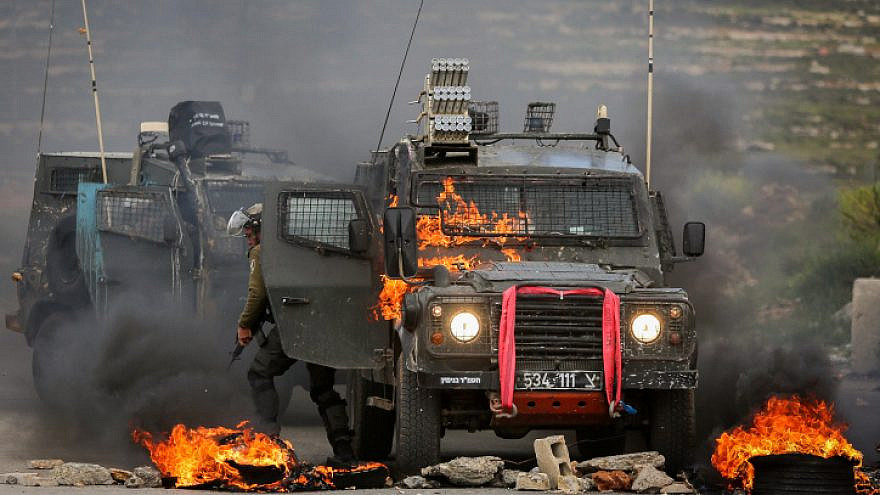 (March 16, 2021 / JNS) Israeli forces on Sunday thwarted a firebombing in Beit El, wounding two suspects in the process, the Israeli military said in a statement.

Israeli troops identified three individuals hurling firebombs at private residences in the town, which lies just north of Ramallah, according to the Israel Defense Forces. The soldiers opened fire after initiating an arrest procedure, hitting two of the assailants.

The incident follows an attempted stabbing of an Israeli soldier in the town of Tubas in northern Judea and Samaria on March 7. The soldier was attacked and lightly wounded by a knife-wielding assailant during an arrest raid in the town. The soldier managed to fight off his attacker, after which another soldier opened fire, killing him.