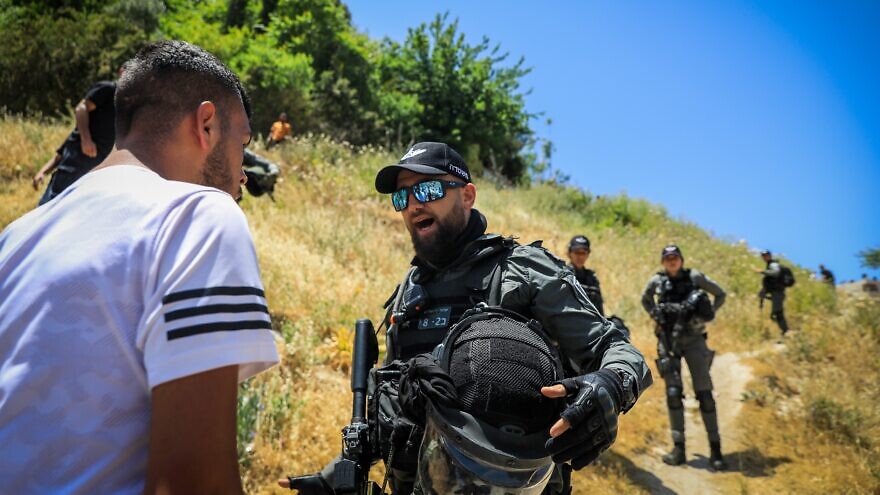 (May 10, 2022 / JNS) The Israel Defense Forces announced on Monday evening that it thwarted an attempt to smuggle submachine guns and ammunition into Israel from Lebanon.

According to the Israeli military, observation soldiers detected suspects approaching Israel from Lebanon in the vicinity of the Ghajar border town. The suspects threw a bag into Israeli territory before three additional suspects arrived in a vehicle from inside Israel and retrieved the bag.

“The suspects then threw the bag from the vehicle and continued driving. IDF soldiers and Israel Police officers who were dispatched to the scene apprehended the suspects within Israel and located the bag, which contained five MP5 submachine guns and M16 ammunition,” said the IDF.

The suspects and the weapons were transferred for further processing to the Israel Police.

“The IDF and the Israel Police will continue to operate against violations of Israel’s sovereignty and to thwart smuggling attempts and criminal activity in northern Israel,” stated the military.

The IDF released information on Aptil 26 on how Khalil Harb, a Hezbollah commander, is overseeing the cross-border smuggling of drugs and arms.

The network is being run from the home of Hatem Sheet, a drug dealer residing in the Southern Lebanese village of Kafr Kila, near the Israeli border, according to the IDF. Sheet, whose balcony apparently overlooks Israel, collects intelligence on the IDF’s operational patterns, according to the military.

Meanwhile, overnight on Monday into Tuesday, the IDF and the Israel Security Agency (Shin Bet) arrested a total of six Palestinian security suspects in counter-terror raids throughout Judea and Samaria.

According to the IDF, the soldiers apprehended individuals in the city of Qalqilya, and in the towns of Qaffin and Atil, who are suspected of involvement in terror activity. The suspects have been taken for questioning.

“A report regarding a shooting in the area was received,” said the military. “No IDF injuries or damages were reported.”