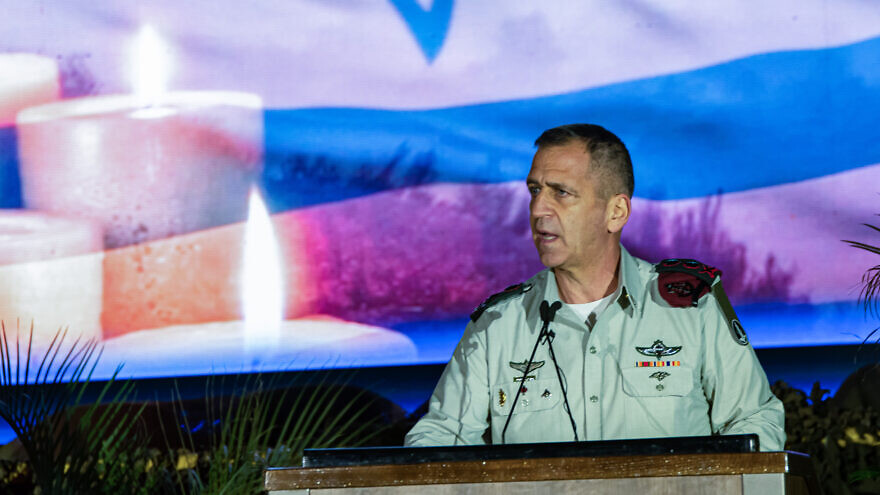 (March 11, 2020 / JNS) Following ongoing situation evaluations and consultations with the Ministry of Health, the Israeli defense establishment has stepped up preparations for the threat of coronavirus (COVID-19) in recent days.

On Tuesday, the military called up approximately 70 reservists to assist in the preparation of Israel Defense Forces’ Home Front Command public messages relating to the outbreak.

The IDF said 2,236 soldiers are currently in isolation—most of them returnees from private holiday abroad—while others encountered carriers of the virus.

The military has detailed a number of steps underway to prevent personnel from being infected and/or infecting others. According to a directive by IDF Chief of Staff Lt. Gen. Aviv Kochavi, the objective of these steps is to ensure the operational readiness of the military as a critical function of national security.

Kochavi concluded that a stern approach will be employed to prevent a need to place large numbers of soldiers in isolation. Like all Israeli citizens, IDF personnel who returned to Israel from abroad from Monday onwards must enter a 14-day isolation period. The military has banned handshakes.

No more than 120 people can gather in closed military structures. The entry of civilian contractors onto IDF bases has become far more restrictive. All other civilians have been banned from visiting IDF units.

Soldiers have received instructions to contact the Medical Corps’ call centers if they detect any of the disease’s symptoms and have been abroad over the past two weeks.

Additionally on Tuesday, the Unit for the Coordination of Government Activities in the Territories transferred 20 tons of disinfectant material to Palestinian factories, including chlorine and hydrogen peroxide.

Meanwhile, the Defense Ministry launched an expedited purchasing operation worth approximately NIS 50 million (about $14 million), designed to equip the IDF with medical equipment to deal with the coronavirus.

The acquisition is the largest logistical procurement initiative since “Operation Protective Edge” against Hamas in Gaza in 2014, the Ministry said.

Items include face masks, protective equipment for medical teams, medical technology and additional purchases. The Ministry’s Directorate of Production and Procurement initiated the purchases in line with instructions by Defense Minister Naftali Bennett.

So far, the Health Ministry has led national responses to the outbreak and has worked closely with the National Security Council and Prime Minister Benjamin Netanyahu.

There have been no official details released yet about the potential future role of the National Emergency Authority (under the auspices of the Defense Ministry) in dealing with the virus. Last week, Israel’s Channel 11 said the national emergency consists of establishing three different contingency plans for three categories of scenarios, ranging from moderate to severe.