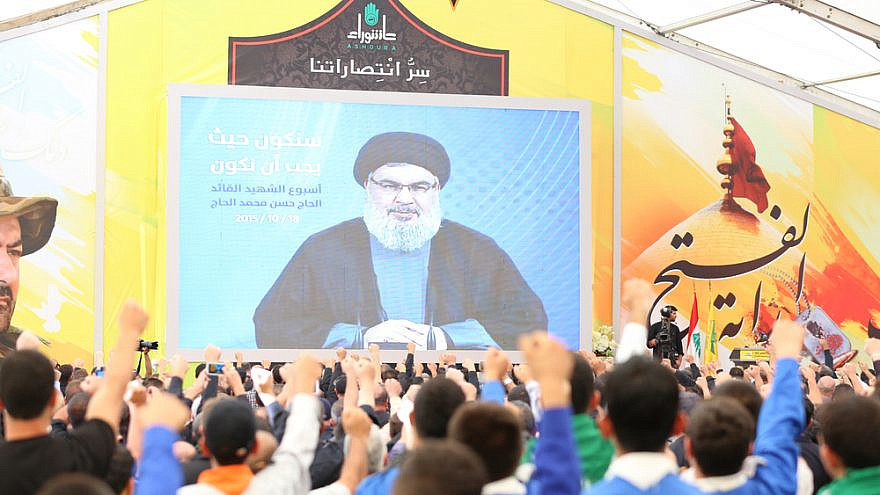 (December 28, 2021 / JNS) While Israel has refrained from publicly setting clear red lines to act as precise markers for a threshold that, if surpassed by Iran’s nuclear program, would trigger an Israeli attack, it is clear that Jerusalem has been sending warning signals about Iran’s approach towards the danger zone.

These warnings appear, in part, to be growing louder in the vacuum left behind of a lack of a credible American military threat in the event of an Iranian decision to break out to a nuclear weapon, and Washington’s priority of pivoting towards superpower competition with China and Russia.

As Israel’s warning grows louder, and Iran’s nuclear program continues to make progress — particularly in the area of uranium enrichment, and the centrifuges that enable it — it is natural to wonder about the multiple scenarios that a theoretical Israeli future strike could lead to.

History has demonstrated that the course of wars is not deterministic, and the question of what would follow an Israeli strike on Iranian nuclear sites is no different.

However, some contingencies appear to be more likely than others. The Israel Defense Forces, in its stepped-up planning for contingencies, must build up its readiness for them all, and particularly for the most severe one.

The key question is whether Hezbollah’s Secretary-General Hassan Nasrallah will launch a full-scale assault on Israel from Lebanon if he receives the order from Iranian Supreme Leader Ayatollah Khamenei to do so.

In light of the fact that Hezbollah poses the number one conventional military threat to Israel today, and that any multi-front conflict would be dominated by the Lebanese arena due to Hezbollah’s enormous arsenal of projectiles, this question is a top priority issue for the Israeli defense establishment’s planners.

It is impossible to imagine a scenario in which Nasrallah would reject an Iranian directive to act in retaliation. The next question centers around the scope of that retaliation. Should Iran instruct Hezbollah to enter into a full-scale conflict with Israel, it would be difficult to imagine Nasrallah turning this down as well.

A highly religious man, Nasrallah should be expected to follow through on the orders of the Iranian “mothership,” which is not only the source of Hezbollah’s radical Shi’ite Islamist ideology, but also its funding and force build-up.

After all, it was Iran that sent Hezbollah into the bloody battlefields of Syria for years. Any hopes that Nasrallah would limit Hezbollah’s response to an Israeli attack on Iran should therefore not guide Israeli policy, planning or resource allocation.

It is difficult to gage how seriously Khamenei is taking current Israeli threats about the consequence of further nuclear progress — but as Israel continues to enhance its long-range military capabilities, and its readiness for full-scale conflict with Iran and all of its proxies simultaneously, Jerusalem’s posture in Iranian eyes will be more difficult to dismiss.

The IDF has received billions of shekels to improve its Iran strike capabilities, and the Israeli Air Force has placed this capability at the top of its entire agenda for the year 2022.

What the IAF is also doing is planning how it will be able to engage Iran and its proxies across Lebanon, Syria, western Iraq and elsewhere. The IDF’s ground forces, meanwhile, are focusing their war training on the Lebanese arena, which would suffer unprecedented levels of Israeli firepower in the event of general conflict, taking Lebanon decades back in time.

Despite the high-pressure messaging, the decision junction is not yet imminent. Although Iran has made great progress on amassing fissile material, it is still more than a year away from completing other aspects needed for nuclear weapons, such as having a proven nuclear explosive mechanism, and being able to place it on a missile warhead.

Still, the fissile material stockpiling is the most challenging aspect of building the bomb, and Iran’s progress, in addition to its build-up of technological knowledge, is alarming.

Since the Iranian nuclear program is the only threat that could prove existential if left unchecked, it is the number one priority for the Israeli defense establishment, overtaking the threat posed by Iran’s regional entrenchment program, which is the target of an extensive Israeli grey zone “lawnmowing” campaign, particularly in Syria.

Building an updated long-range Iran strike option is not something the IAF will do overnight, but the project has certainly begun in earnest.

The mammoth planning has to take into consideration highly complex aspects, including intelligence, the right choice of ammunition, the right combination of jets and refueling configurations, as well as pilot training. There can be no comparison with closer missions that the IAF is used to undertaking.

Former IAF Commander Maj. Gen. (res.) Eitan Ben Eliyahu provided a glimpse into this planning, telling Army Radio last Tuesday, “We’re talking about something practical. This isn’t about just one specific target – the IAF must be used to operating at distances of 2,000 kilometers. This is a whole ensemble of flight technique and operational planning. One must know emergency airfields for landing on the way, and how to manage fuel differently.”