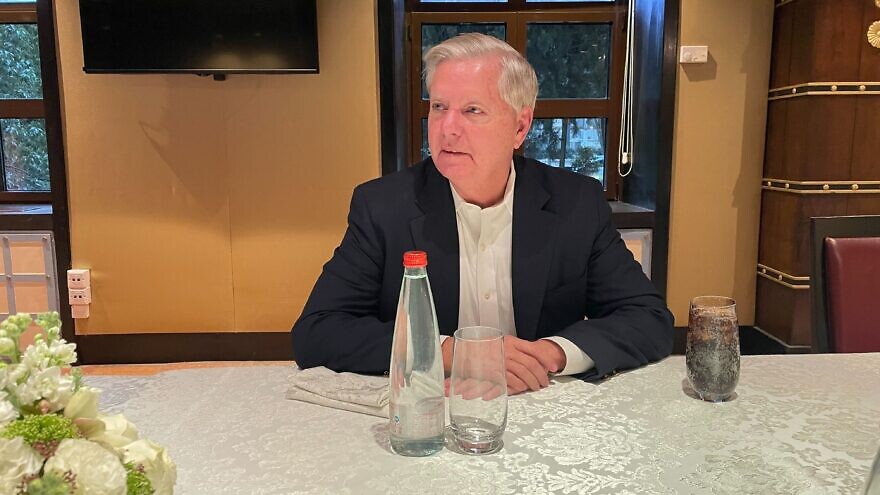 In a briefing with a select group of reporters, the senator said “even more consequential than Russia invading Ukraine or China making a play for Taiwan is if the Iranians breakout and acquire nuclear capability.”

Asked by JNS to comment on the ongoing negotiations in Vienna between Iran and the P5+1 world powers—Britain, France, Germany, China and Russia, and indirectly, the United States—Graham expressed his doubt that a return by the Biden administration to a renegotiated Joint Comprehensive Plan of Action (JCPOA) could prevent Iran from continuing its enrichment of uranium to weapons-grade.

“I believe that JCPOA 2.0 is not going to be any better than the first one,” he told JNS.

Commenting on the initial agreement signed in 2015 by the Obama administration, Graham stated that “it was a mistake to ever enter into the deal” in the first place.

Former President Donald Trump withdrew from the JCPOA in May 2018. Now, the Biden administration and other world powers are attempting to negotiate a new deal even though Iran has violated the terms of the previous agreement and has a much shorter breakout to nuclear weapons capability than it did in the original document.

Regarding the current negotiations, Graham noted that “there’s much concern by the Israeli government about the nature of the deal, and what I’ve been briefed about—the terms” of a new JCPOA—are “very unnerving,” he said. “We’re putting Israel in a very bad spot.”

In response to a question by JNS, Graham replied that he did not believe sanctions should be lifted on the Islamic Republic as long as it continues enriching uranium and developing a nuclear-weapons program.

“Why you would let the largest state sponsor of terrorism on the planet have a robust enrichment program?” he asked rhetorically. “I think you will see a more vocal Israel in the coming days about their concerns regarding the maturing of the Iranian nuclear program.” 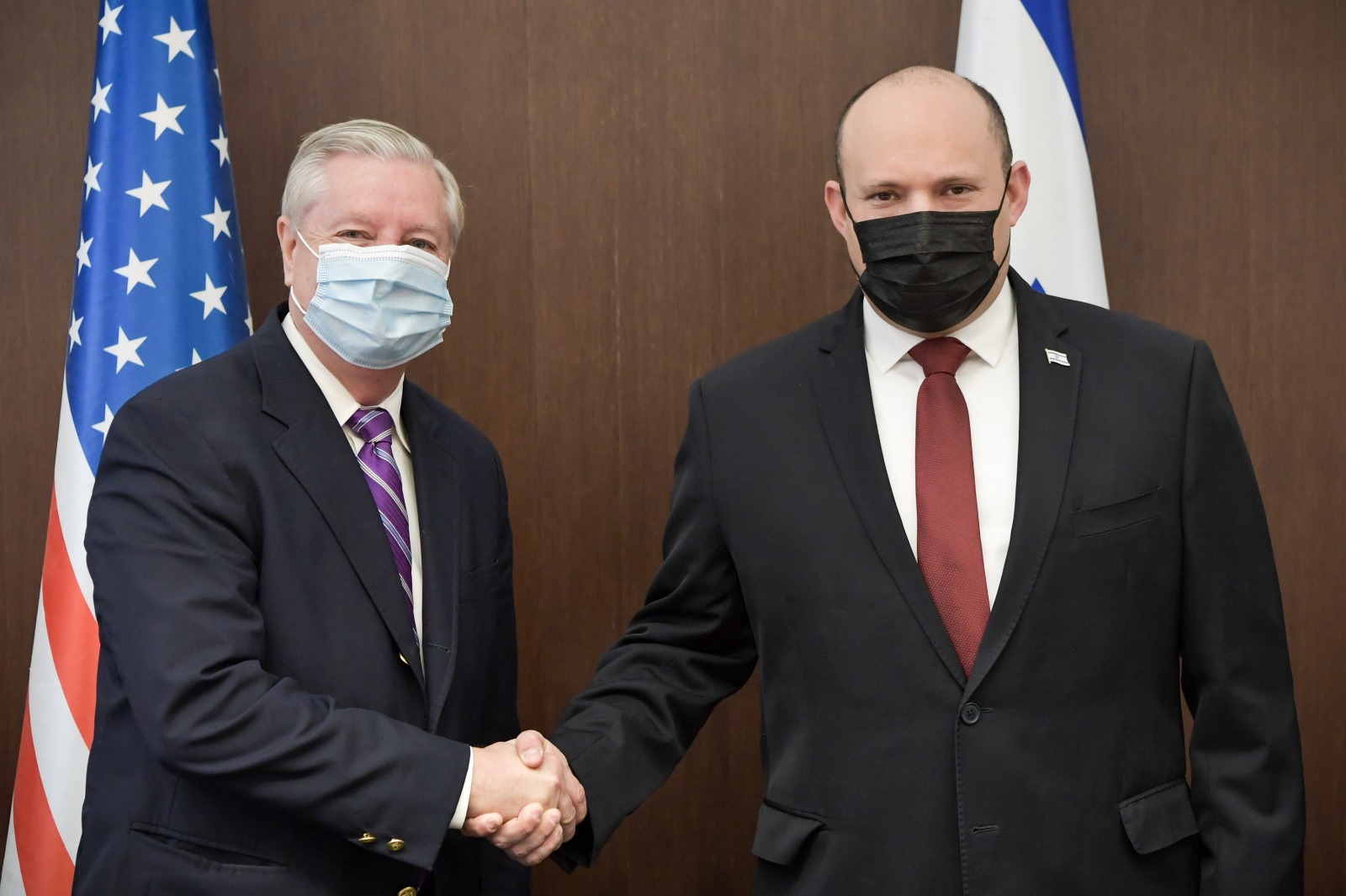 ‘The more we help Israel, the less likely we’ll have a war’

To counter the effects of the nuclear deal and deter Iran from ever attacking Israel, Graham said he suggested to Israeli leaders that the two nations consider formalizing “a mutual defense agreement in very limited circumstances that would involve existential threats to the Jewish state.”

The senator was explicit that any mutual defense agreement should not give the United States any veto over independent Israeli military action. “Israel is very jealous, and rightly so, in its ability to conduct operations independent from a foreign power. And I would never suggest that any defense agreement would restrict Israel’s ability to act on their own, based on what they see the threats.”

Graham said that regardless of a formal defense agreement, America can offer other defense mechanisms to Israel, including critical refueling planes and bunker-busting missiles.

“The more we help Israel in terms of their capability to deny Iran a nuclear weapon, the less likely we’ll have a war,” he said, adding that the United States should try to provide Israel with “anything that changes the equation.”

Regarding the coveted KC-46 aerial refueling planes, Graham noted that at present, “we’re having problems producing the refueling capability.”

As to whether the United States should advance planes that were ordered for the U.S. military and send them instead to Israel, Graham told JNS, “Two airplanes are not going to substantially change America’s ability to defend herself. [Yet, they] could dramatically change the equation here in the Middle East.”

He added that “if the KC-46 is not ready for prime time,” then the United States should “get two KC-10s and send them” to Jerusalem.

“When you look at one of the most troubled regions of the world, Israel is very much America’s eyes and ears. So it’s in our national security interest to make sure that she’s not blinded or rendered deaf. Keeping the relationship strong and making sure Israel has a qualitative advantage over potential allies is in our national core interest.”

Meanwhile, Graham also spoke about covert actions in Iran, including the assassination of Iran’s top nuclear scientist in late 2020, which has been reportedly tied to Israel. “You know, a lot of Iranian scientists have had a lot of accidents,” he said. “I would expect there’ll be more accidents to come.”

The Iranians “have to believe that the United States and Israel combined are deadly serious about stopping this program and putting everything on the table to stop it,” he added.

“I would urge that we have a vote in the Senate regarding any agreement that may be achieved between the Biden administration and the Iranians. I think the American people, through their senators, deserve to have a say about whether or not this is a good or a bad deal,” he said.

Graham asserted that any deal signed by the Biden administration would have no bearing on any subsequent governments unless it was ratified by the Senate.

Turning to other pressing global situations, when asked whether he believes that Russia will invade Ukraine, Graham said, “I really don’t know. I think [Russian President Vladimir] Putin is trying to push NATO back, and in some ways, he’s already been successful. Our reaction to what he does will have a lot to say about what he does. And we’re unclear. We talk a lot.”

Regarding a potential Russian invasion of Ukraine, Graham cited failed American policy as a contributing factor: “The Afghan withdrawal set in motion some pretty bad things.”

“I want the Iranians to know that if they have plans to use proxies like Hezbollah, [Palestinian] Islamic Jihad and others to disrupt the Israeli economy to destroy Israel as a nation, that you would be picking a fight with the United States,” he emphasized. “I want a clear message to be sent in the 21st century: that the destruction of the Jewish state means war with the United States.”