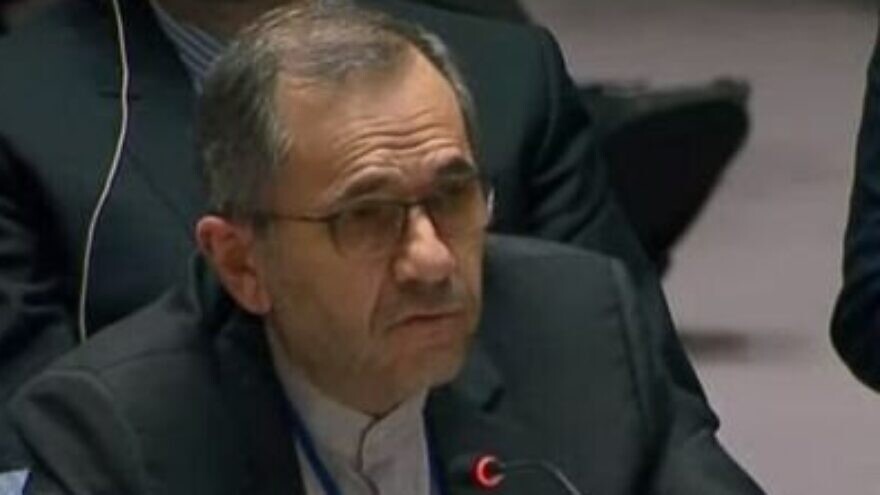 “Iran-phobia runs rampant at UN,” Takht-Ravanchi tweeted. “The Israeli regime PM’s speech was full of lies on Iran. That regime is in no position to discuss our peaceful program when it has hundreds of nuclear warheads. And his silence on Palestine illustrates a determination to deprive Palestinian rights.”

In his speech on Monday, Bennett said,” Iran’s great goal is crystal clear to anybody who cares to open their eyes: Iran seeks to dominate the region—and seeks to do so under a nuclear umbrella. Iran’s nuclear weapon program is at a critical point. All red lines have been crossed. Inspections—ignored. All wishful-thinking—proven false.

“Iran’s nuclear program has hit a watershed moment, and so has our tolerance,” he continued. “Words do not stop centrifuges from spinning. There are those in the world who seem to view Iran’s pursuit of nuclear weapons as an inevitable reality, or they’ve just become tired of hearing about it.”

“Israel doesn’t have that privilege,” Bennett went on. “We will not tire. We will not allow Iran to acquire a nuclear weapon.”

However, he added: “Iran is much weaker, much more vulnerable than it seems. Its economy is sinking; its regime is rotten and divorced from the younger generation; its corrupt government fails to even bring water to large parts of the country.”

“The weaker they are, the more extreme they go. If we put our heads to it, if we’re serious about stopping it, if we use all our resourcefulness, we can prevail. And that’s what we’re going to do,” he concluded.