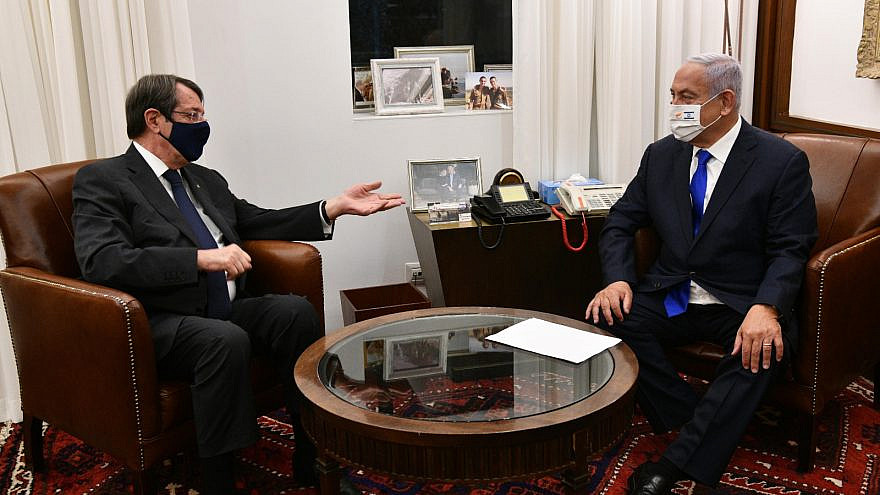 Under the agreement, which is set to go into effect on April 1, travelers who have received a full dose of one of the European-approved COVID-19 vaccines will not have to take two PCR (polymerase chain reaction) tests before traveling from one of the countries to the other and will not need to enter quarantine upon arrival.

The agreement between the two countries “opens up the possibility of restarting tourism in the near future,” said Netanyahu, adding that while it wouldn’t happen immediately, it wasn’t far off. “Cypriot tourists in Israel. Israeli tourists in Cyprus,” he added.

The Israeli prime minister praised the cooperation between the two countries in multiple fields, noting, in particular, their joint work on the EastMed gas pipeline project.

Anastasiades spoke about the “strategic depth” of the relationship between Cyprus and Israel, and expressed his desire to reaffirm the “excellent cooperation and synergies that have been established both bilaterally and multilaterally.”

The Cypriot president singled out Israel’s COVID-19 vaccination program, which he said had established Israel as a “world champion in this respect,” and also expressed particular interest in the development of a promising new Israeli COVID-19 treatment. The drug, EXO-CD24, also caught the attention of Greek Prime Minister Kyriakos Mitsotakis during his visit to Israel on Feb. 8 to discuss travel and energy cooperation between the two countries.

Earlier that same day, the team of researchers from Tel Aviv Sourasky Medical Center (Ichilov Hospital) developing the treatment had met with Netanyahu to update him on their progress. In clinical trials, EXO-CD24 had a 100 percent rate, credited with curing 30 out of 30 patients with severe cases of COVID-19.

As did Mitsotakis, Anastasiades said he wanted Cyprus to take part in future clinical trials of the drug and relayed that Cypriot authorities had already given the green light for such participation.