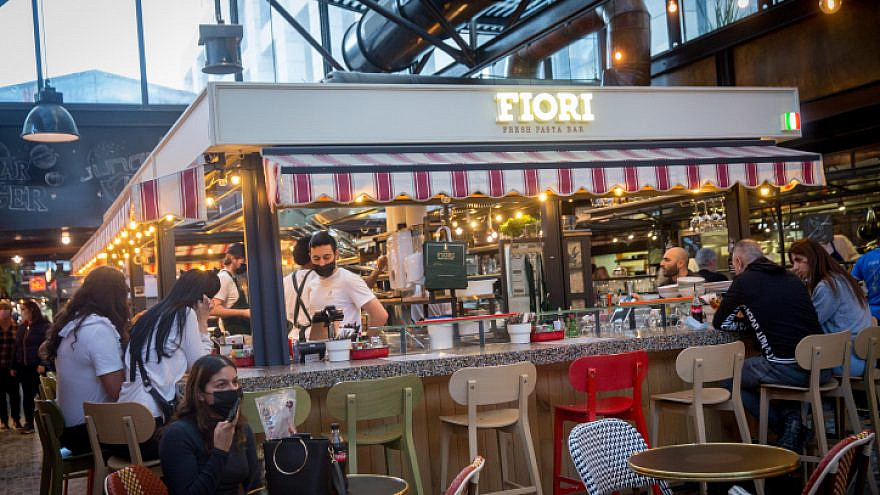 (March 7, 2021 / JNS) Israel began the third stage of its COVID-19 lockdown exit on Sunday following a Cabinet ruling the day before.

Under the new regulations, restrictions are further lifted on travel into and out of the country, public gatherings and the education system.

All Israeli citizens and permanent residents are now once again able to enter the country, although the daily entry limit has been set at 3,000 with that number to be attained gradually throughout the week, according to an official statement. Up to 1,000 people were to be allowed to enter on Sunday.

Designated flights for new immigrants whose immigration cannot be delayed, essential foreign workers and professional athletes shall not count toward the entry quota, the statement said.

Those arriving from abroad will still need to enter quarantine, but will now be allowed to do so at home instead of at previously required “quarantine hotels.”

Those with vaccination or recovery certificates (a “Green Pass”) will be able to exit Israel freely, except via the Taba crossing, which will be closed, according to the statement.

In addition to those already operating to and from New York and Frankfurt, regular flights will resume to and from Paris, London, Kyiv, Toronto and Hong Kong, with airlines being obligated on pain of fine to provide Israel’s Transportation Ministry with passenger lists on demand for epidemiological investigation.

Under the new directives, most venues in Israel will also be opened, albeit in a scaled-down manner.

For general public gatherings, restrictions will be lifted to 20 inside and 50 outside, with or without a Green Pass.

Institutions of higher learning and professional courses, as well as post-secondary religious institutions, will be open to Green Pass holders. For the first time in nearly a year, students in grades seven to 10 will return to in-class learning, depending on the status of the pandemic in their area.

As of Sunday, 4,929,084 Israelis had received a single dose and 3,716,439 Israelis both doses of Pfizer’s COVID-19 vaccine, according to Health Ministry data. Morbidity stood at 4.3 percent on Saturday, down from slightly over 10 percent in January.

Less than three percent of seriously ill patients had received both doses of the vaccine, reported Ynet, which also quoted the Health Ministry as saying that no one who died from the disease in February had been vaccinated.