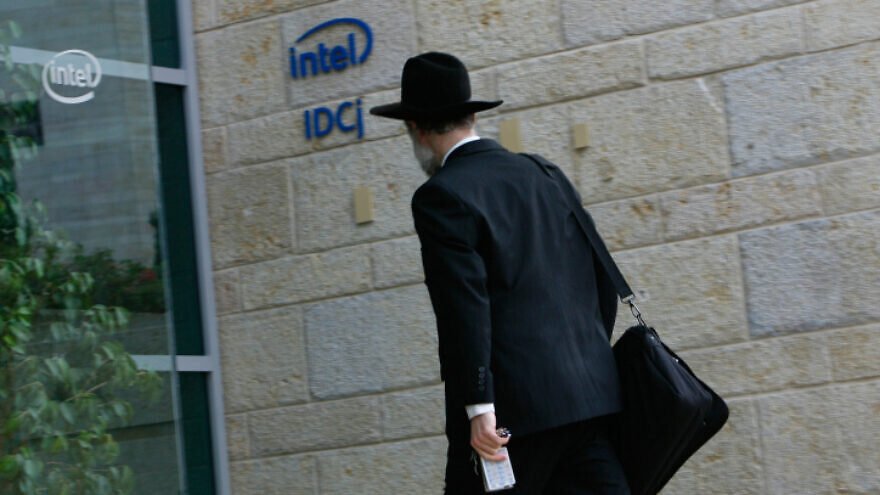 (May 24, 2022 / JNS) Israel is struggling to incorporate Arabs and haredim into its blossoming high-tech sector, Israeli business daily Globes reported on Monday.

Citing newly released Israel Innovation Authority figures, the report noted that more than half of Israel’s exports come from the high-tech sector (54%), which employs 12% of the country’s workforce.

“Israel is number one among the OECD countries for research and development expenditure per capita, and computer sciences have become an extremely popular discipline among students,” said the report.

Nevertheless, the figures showed that in 2021, the number of haredi employees in the sector fell by 6%, with 1,200 haredi women leaving the sector and 500 haredim joining.

IIA chairman Ami Appelbaum said the figures partly reflect the impact of the coronavirus pandemic, “which led to many haredi women leaving work in order to be at home with their children, while more men completed special training by organizations catering to the religious community that won Ministry of Economy and Labor tenders.”

The percentage of haredi employees in the high-tech sector stood at 3.4%, according to a 2021 IIA report.

Meanwhile, the integration of Arab Israelis into the sector is “in deep freeze,” said the report, with less than 2% of high-tech employees being Arab.

On Monday, Israeli Prime Minister Naftali Bennett tweeted: “We want to bring as many haredi employees into high-tech as possible. That is the bottom line of the meeting I just had with haredi high-tech entrepreneurs and personnel, in the context of our program. It is possible, even with haredi individuals who have not learned English and math.”