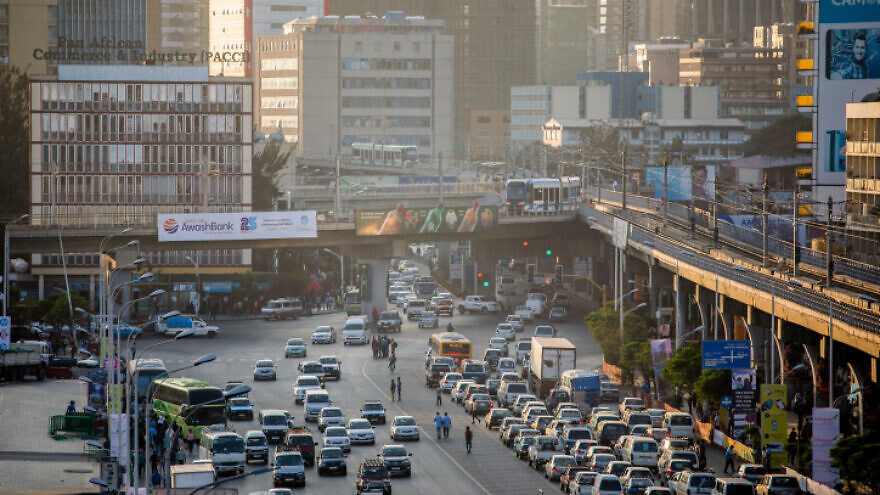 (November 7, 2021 / JNS) Israel will evacuate the families of Israeli diplomats stationed in Ethiopia due to the escalating civil war there, and all Israeli citizens currently in the country are advised to leave immediately, the Israeli Ministry of Foreign Affairs announced on Saturday.

The diplomats themselves will remain in the country, and Israel is closely monitoring developments and is in touch with the Ethiopian Foreign Ministry and other countries who have missions in the African country, said the ministry.

Meanwhile, lawmakers urged for the extraction of Ethiopian Jews. Aliyah and Integration Minister Pnina Tamano-Shata called on the government to take immediate action. Every additional day of stalling could come at a heavy price, she said.

Similarly, Labor Party Secretary-General Eran Hermoni said the “government must launch an emergency rescue operation to bring them [Ethiopian Jews] to Israel due to the deteriorating security situation in the country. The Israeli government cannot abandon our brethren in Ethiopia whose lives are in danger.”

The war in Ethiopia erupted a year ago, with rebel forces from the northern region of Tigray now making their way to the capital of Addis Ababa, after successfully overtaking several key towns on the way. There were reports of massacres of Ethiopian soldiers and civilians by the rebels.

Ethiopian Prime Minister Abiy Ahmed has called on the residents to arm themselves to defend their neighborhoods amid expected escalations.