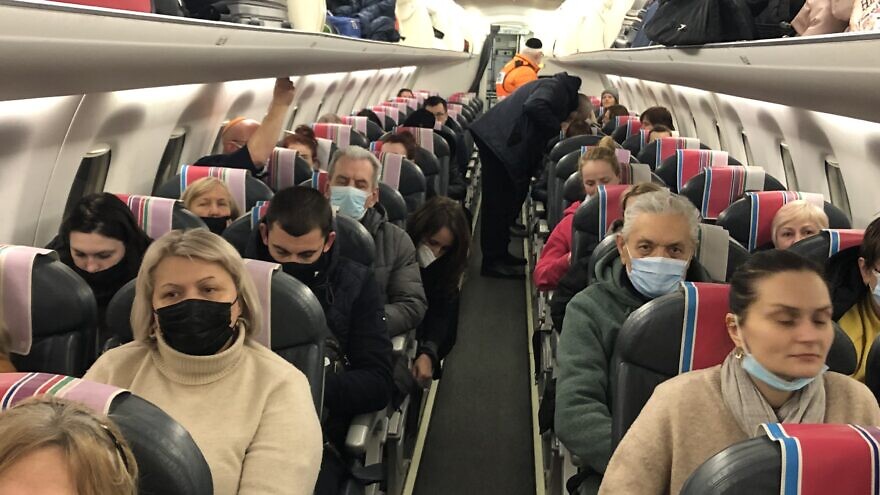 Under the plan, Israel will grant the approximately 20,000 Ukrainians already in the country, most illegally, temporary protection from repatriation, the Interior Ministry said in a statement. In addition, Israel will take in another 5,000 Ukrainian refugees.

“Initially, they will be given a temporary visa for three months. Should the fighting continue beyond this time, all those present in Israel will be allowed to work,” the statement said.

All Ukrainians are eligible and can apply through the Israeli Ministry of Foreign Affairs. Applicants will be subject to a short background check.

Israeli citizens will also be able to apply to invite Ukrainian citizens, up to one nuclear family per applicant, according to the statement.

In addition, Israel expects to absorb some 100,000 Ukrainian refugees in the coming weeks and months within the framework of the country’s Law of Return, said Shaked.

“Ukrainians fleeing the war, both those who have a Jewish background and their family, will be able to come to Israel and receive full citizenship. Therefore, Israel is expected to be one of the world’s leading countries of destination and refuge for Ukrainian citizens fleeing the war, both in absolute numbers and certainly based on the country’s size,” said the statement.

In response to the announcement, Diaspora Affairs Minister Nachman Shai sent a letter to Cabinet Secretary Shalom Shlomo and asked that the issue of Israel’s refugee absorption policy be raised at the next cabinet meeting on Sunday.

“On the Polish-Ukrainian border I saw with my own eyes the endless stream of refugees leaving Ukraine,” wrote Shai. “It is a human tragedy of unimaginable proportions. Hundreds of thousands of families have fled. This is a humanitarian crisis of historic proportions. Israel must stand on the right side of history, and give these refugees shelter. A people whose history has included many years of being refugees is not now permitted to shut its eyes in the face of this current refugee crisis.”