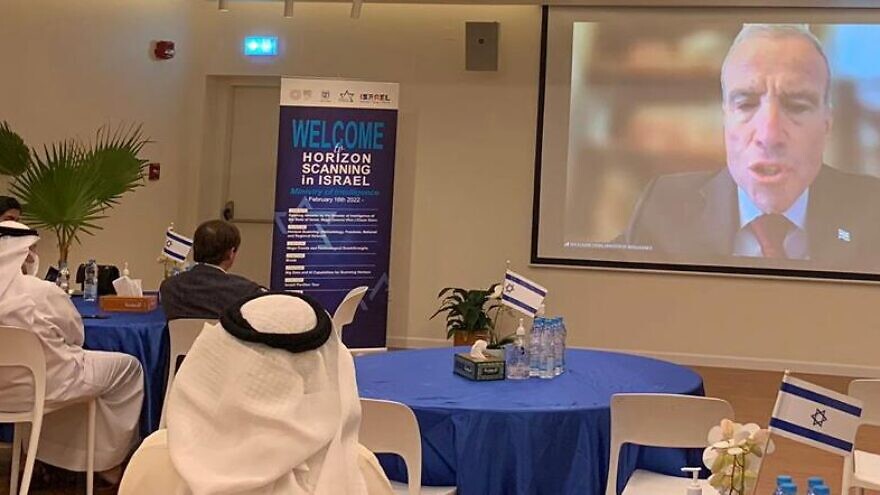 (March 29, 2022 / JNS) Israel, the United States and the United Arab Emirates began a new program to promote interfaith and intercultural dialogue, as well as counter religious intolerance and hatred at the inaugural meeting of the Trilateral Religious Coexistence Working Group in Dubai on Monday.

Working with governments, organizations, philanthropies and leaders across the region, the group aims to support a range of initiatives in such areas as education, youth programming and religious coexistence, some of which will be launched this year, according to a press release by Israel’s Government Press Office.

Ashley Perry, an adviser to Israeli Minister of Intelligence Elazar Stern, who took part in the working group, told JNS: “This successful first meeting will be followed up by some practical initiatives and events between high-level religious leaders, civil society groups and the public to further the cause of coexistence, tolerance and peace between the three nations, and hopefully, other regional actors and players in the future.”

A direct outcome of the Abraham Accords, the group was announced last October at the first trilateral meeting of the foreign ministers of all three countries.

Al Owais said that to realize the full potential of the Abraham Accords, “we must reverse long-held mistrust, misconceptions and misgivings about one another. We must find new ways to encourage people-to-people engagement that bridges religions, cultures and nationalities.”

Stern agreed, saying “the Abraham Accords have shattered long-standing paradigms, and now it is our duty to build on them and widen the circle of peace—regionally and globally—through these meetings of the Abrahamic faiths to send a clear message of reconciliation, acceptance and inclusion.”

Zeya noted that the accords and the progress that has followed “represent one of the most significant strategic shifts over my three decades of diplomacy in this region.”