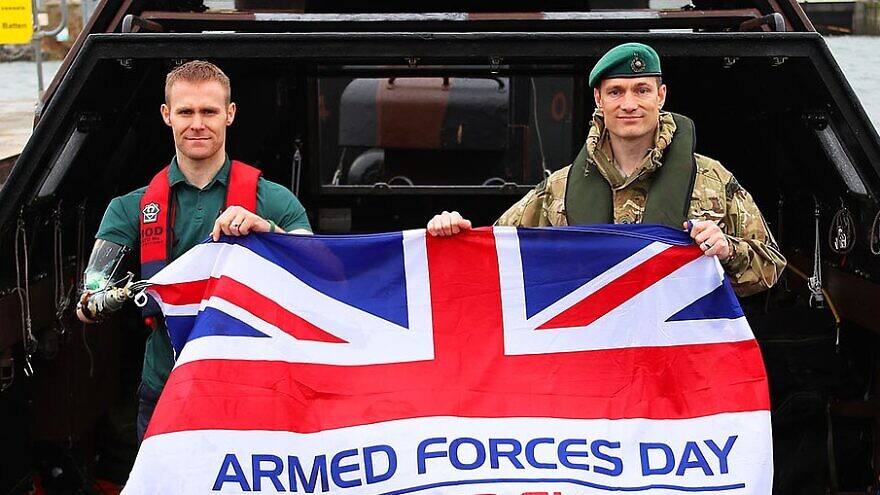 (June 1, 2022 / Israel Hayom) Some 70 British military veterans with disabilities are competing this week against their Israeli counterparts in the fourth annual Veteran Games.

The week-long event is being hosted by the IDF Disabled Veterans Organization in conjunction with Beit Halochem U.K. (BHUK) at the Beit Halochem rehab, recreation and sports center in Tel Aviv.

The Association of Jewish Ex-Servicemen and Women is among the sponsors of the games and associated conference, which will feature experts in the field of mental health and PTSD from both Britain and Israel.

The British veterans landed in Israel on Sunday and will be in the country until Thursday when they will also attend a ceremony at the Peres Center for Peace and Innovation.

As part of the program, participants are also scheduled to visit sites around the country, including Jerusalem, Tel Aviv and the Dead Sea.

In the British delegation are former commandos, paratroopers, police officers and sailors, all wounded during tours of duty in Afghanistan, Iraq or Kosovo or in terrorist attacks and other military operations.

“The family of wounded war veterans copes with similar struggles across the globe, and our goal is to strengthen one another and learn from one another,” he added.

Veteran Games and Conference Ambassador Mark Ormrod, 38, was wounded in Afghanistan while serving in the Royal Marines. As a result of his injuries, he became the United Kingdom’s first triple amputee to survive the Afghanistan conflict.

“We have a lot in common with our Israeli warrior brothers. First and foremost, there’s a consensus that sports and family are a fundamental element of rehabilitation and our joy in life, and this is the essence of this event, to celebrate family and sport,” said Ormrod.