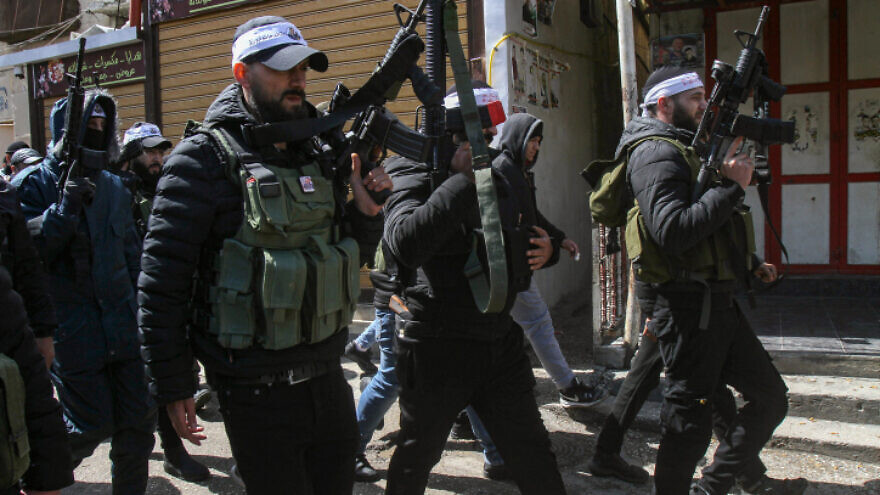 (March 16, 2022 / JNS) Three Palestinians were killed on Tuesday night after undercover Border Police officers came under attack while carrying out arrest raids in several locations in Judea and Samaria, according to the Israel Police.

In the first incident, Border Police, working with the Israeli military and Israel Security Agency (Shin Bet) entered the Balata refugee camp just east of Nablus/Shechem in pursuit of a wanted individual, police said in a statement. The suspect, who was wanted for terror-related activity, was arrested at his home, where police also found an M-16 rifle.

During the operation, two suspects approached the force on a scooter, according to police. One of the suspects dismounted, drew a weapon and began shooting at the officers, who returned fire, neutralizing the shooter.

As the force withdrew from the camp with the suspect, violent riots erupted, with rioters hurling stones and explosive devices at the officers, who were forced to employ riot-dispersal tools. The suspect was later transferred to the Shin Bet for questioning, said police. 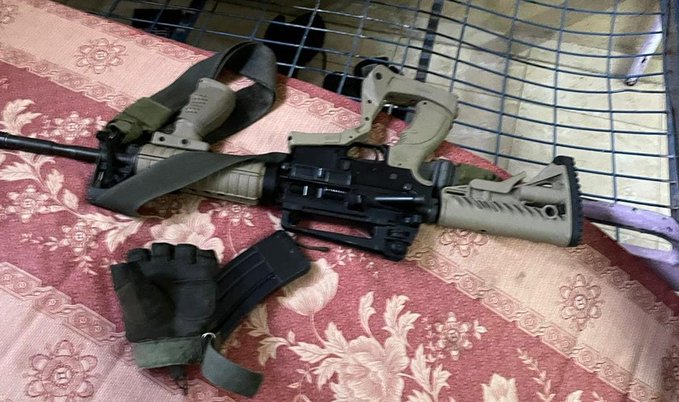 An M-16 rifle found at the home of a terror suspect in the Balata refugee camp during an arrest raid on March 15, 2022. Credit: Israel Police.

At one of the locations, violent riots, involving “hundreds” of individuals, broke out. Actions included heavy objects being thrown at the forces from rooftops. The Border Police responded with live fire and riot-dispersal tools. The two suspects were arrested and transferred to the Shin Bet for interrogation, according to the police.

In 2020, IDF Staff Sgt. Amit Ben-Yigal, 21, from Ramat Gan was killed when he was struck in the head by a large rock dropped from a rooftop during an arrest raid in a Palestinian village near Jenin.

“The Border Police undercover officers … who were operating in Rahat and the Balata and Qalandiya refugee camps with the aim of arresting wanted individuals, encountered threats to their lives,” said Israel Police Commissioner Yaakov “Kobi” Shabtai on Tuesday.

“They were forced to return fire, and as a result, three suspects were killed, one of whom was apparently pointing a weapon at them, the second of whom fired on them and the third of whom hurled explosive devices during a violent disturbance of the peace,” he added.

While the facts were still being ascertained regarding the three incidents, he said, their common denominator was “officers acting with great bravery [and] determination … in the face of assailants that threatened their lives,” he said.