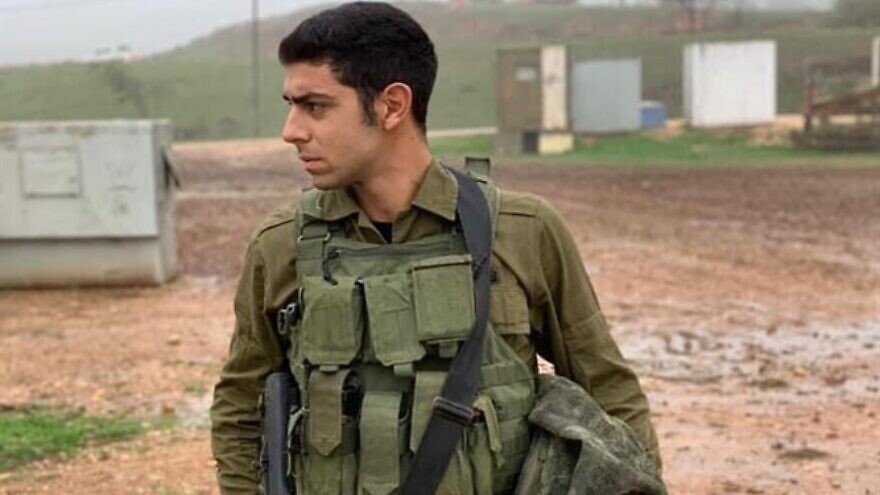 IDF Sgt. First Class Amit Ben-Yigal was killed by a Palestinian terrorist on May 12, 2020, during an arrest raid in a Palestinian village in Judea and Samaria. Credit: Courtesy.
Spread the word.
Help JNS grow!
Share now:

(May 12, 2020 / JNS) An Israel Defense Forces soldier was killed by a rock to the head during a raid in a village in Judea and Samaria, the IDF reported on Tuesday morning.

The soldier, identified as 21-year-old Staff Sgt. Amit Ben-Yigal from Ramat Gan, was a member of the Golani Reconnaissance Battalion, which was carrying out arrests of Palestinians suspected or terrorist activity.

As the troops began to exit the village of Ya’bad on foot at around 4:30 a.m., about a dozen residents pummeled them with rocks.

According to IDF spokesperson Brig. Gen. Hidai Zilberman, though Ben-Yigal was wearing a helmet, the rock, which was thrown from the roof of a house on the outskirts of the village, “hit him at an angle and therefore did not help.”

Ben-Yigal was administered first aid on the scene by medics and then evacuated in an intensive-care ambulance to the Rambam Health Care Campus in Haifa, where he was pronounced dead. He is the first IDF soldier to be killed in action in 2020. He was promoted, posthumously, to the rank of Sgt. First Class.

Twelve suspects have been detained for questioning.

Bennett tweeted that Ben-Yigal “fell while defending Israel’s security. The IDF and security forces will get their hands on the low-life terrorists responsible, and we will hold them accountable. On behalf of the defense establishment, I wish to convey condolences to [his] dear family. May his memory be for a blessing.”

Ben-Yigal’s funeral will be held at 6 p.m. on Tuesday at the Be’er Yaakov military cemetery. He was his father’s only child and the eldest of his mother’s three children.