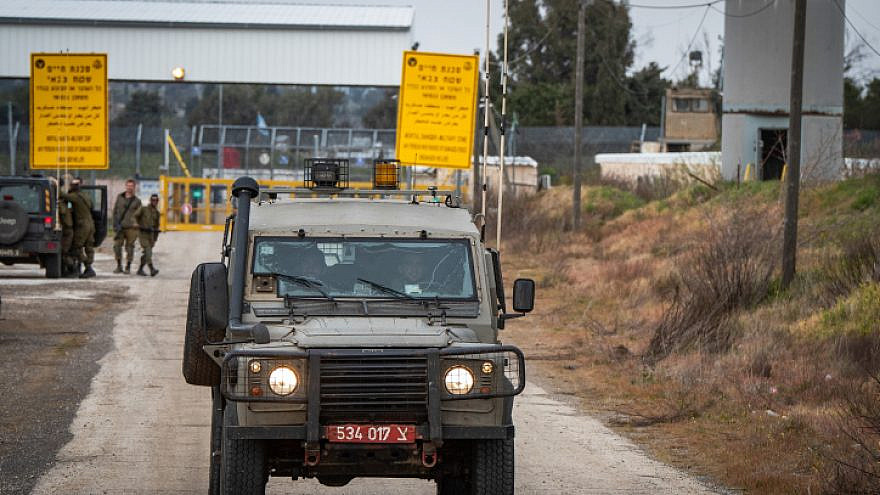 Israeli soldiers guard the Israeli side of the Quneitra Crossing to Syria in the Golan Heights on March 23, 2019. Photo by Basel Awidat/Flash90.
Spread the word.
Help JNS grow!
Share now:

(February 21, 2021 / JNS) An Israeli young woman who recently crossed into Syria was returned to Israel on Friday with the help of Russian mediation, following several days of talks.

The woman arrived in Israel from Moscow together with Yaron Bloom, Israel’s lead hostage negotiator, according to Channel 12 news. The 25-year-old resident of Modi’in Illit had been in Russia since Thursday. She was examined by doctors and found to be in good condition, and according to the report, was to be questioned by the Israeli Security Agency Shin Bet.

Bloom departed for Moscow on Thursday hours after the Israel Defense Forces reported that it had returned to Syria two shepherds that recently crossed the border into Israel. The shepherds were returned to Syria as a “goodwill gesture.” In addition, Israel would also shorten by three months (via a pardon) the sentence of Golan Heights resident Nihal al-Maqt, according to a statement from Israeli Prime Minister Benjamin Netanyahu’s office.

Netanyahu spoke with Russian President Vladimir Putin on Feb. 8 and Feb. 13 to request his assistance in securing the woman’s return, and Israeli National Security Council head Meir Ben-Shabbat and Putin’s diplomatic adviser had held “continuous” talks to hammer out the details, according to the statement.

“Several days ago, a young Israeli woman crossed the border to Syria. I spoke twice with my friend Russian President Vladimir Putin. I requested his assistance in returning her, and he acted. I would like to thank him for again having joined in an effort to bring Israeli citizens back to the country,” said Netanyahu.

The woman’s mother also expressed her gratitude for the efforts made to secure her daughter’s release, during a telephone call with Netanyahu on Friday. The prime minister said that he stood by her and her family, and that Israel would always act to return its citizens.