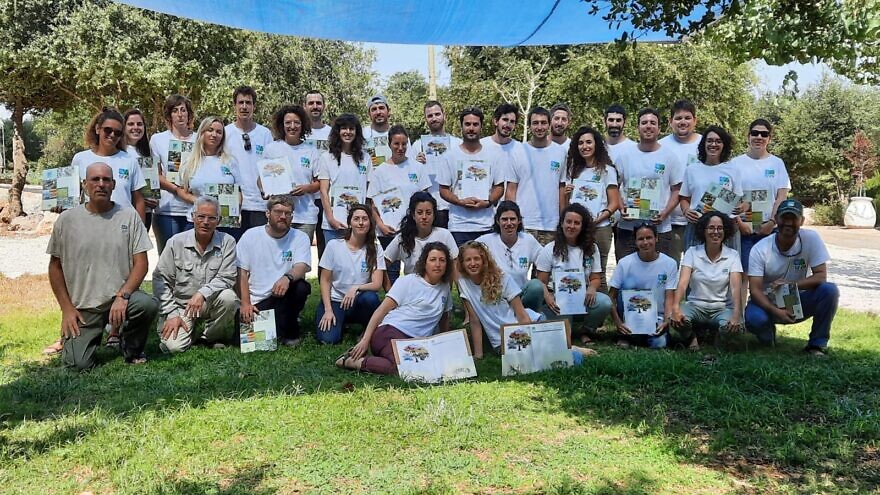 (February 20, 2022 / JNS) Planting trees is a national pastime in Israel. The country prides itself as being one of the only nations in the world to enter the 21st century with more trees than it had 100 years prior, according to the Israeli Foreign Ministry.

Even before the state was founded, Keren Kayemeth LeIsrael–Jewish National Fund (KKL-JNF) had planted 4.5 million trees, the ministry said. Today, more than 200 million trees in forests and woodlands cover some 300,000 acres of Israeli land.

Planting trees is also “a way of saying we are here,” a scientist told Yale University researcher Fred Pearce in 2019.

But the forestry of 1948 and 2022 are different, explained veteran KKL-JNF forester Chanoch Zoref, the chief forester in the Jerusalem hills. He told JNS that what used to be known as forestry is now called “ecosystem-based management”—approaching forestry with an eye for the entire ecosystem, including humans.

At the same time, Israel’s foresters are aging out.

“We expect that in the next five or six years, more than 50% of the country’s professional foresters will retire,” said Zoref. “We have to find other people to replace the current generation.”

So KKL-JNF took a proactive step toward ensuring a green Israel. 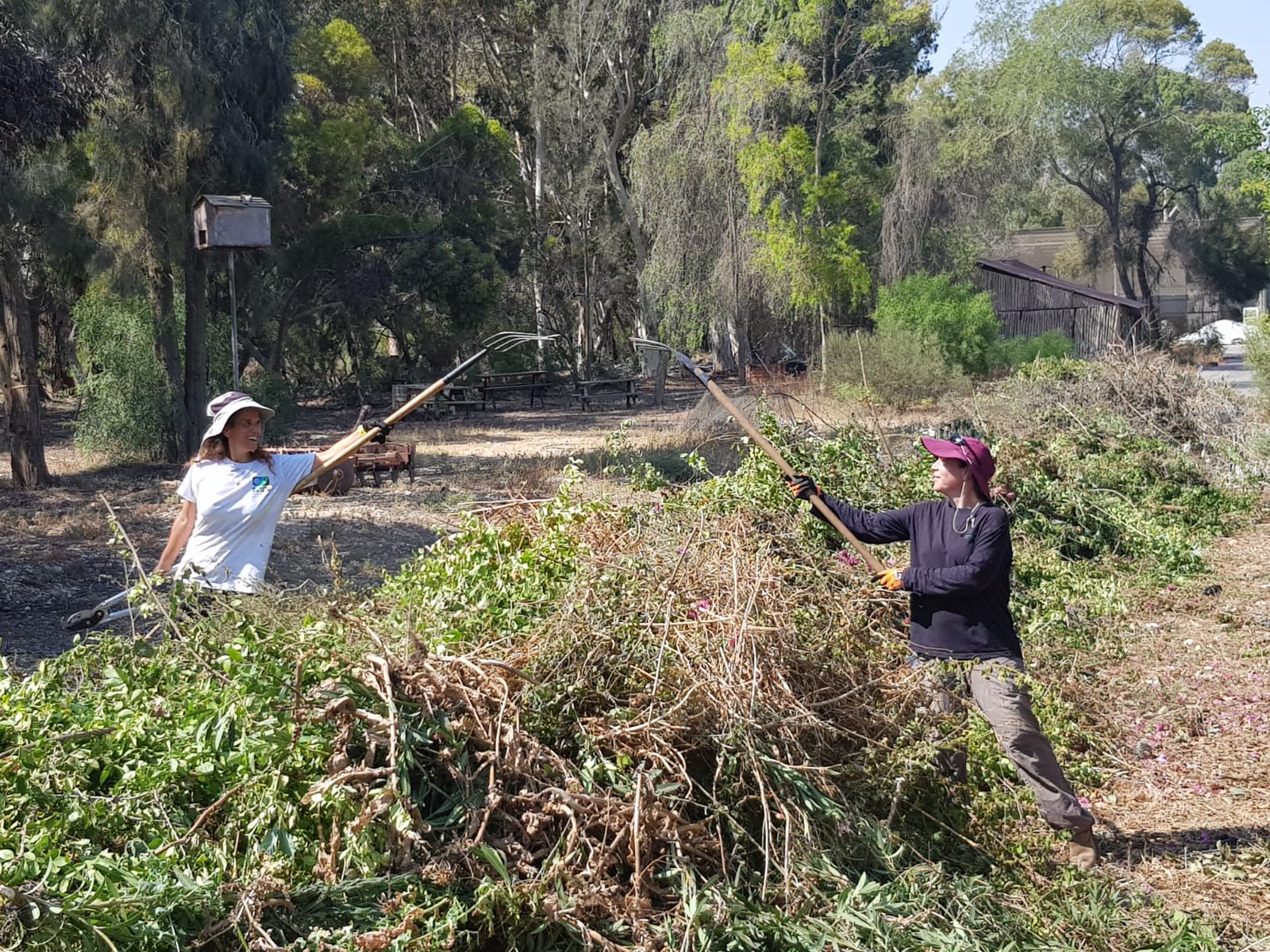 Members of the “Foresters of the Future” program work in the field. Credit: KKL-JNF.

“Forester of the Future” is a new program that is training 30 young adults in ecosystem management and then putting them in the field as members of the KKL-JNF team. The first round of students is expected to graduate next month. The plan is to run a second session, ensuring around 60 new foresters enter the field this year. Of the program’s 30 current students, more than half (17) are women.

“Forestry is a profession that was usually staffed by men as foresters have to spend most days in the field,” said Zoref. However, he added that during the recruitment process and thus far in their training, he has found women to be equally if not better equipped for the new area of ecosystem management, where the focus is more on topics related to scientific developments in the field of forestry, grazing and preparing for climate change.

There is also a focus on modern technology. For example, following the fires in the Jerusalem mountains last summer, KKL-JNF took significant steps to develop and maintain technologies to prevent fires. The organization has aircraft that produce thermal images of fields in order to detect wildfires before they occur.

It is also using advanced technological tools for assessing the severity of the damage caused by a fire to the vegetation and to locate the undamaged areas in order to continue the existing biodiversity, the organization’s spokesperson explained.

Those participating in the program are also learning how to leverage these tools.

The students underwent an intensive five-week in-classroom course and are now engaged in nine month of hands-on training in the field. Upon completion, they are expected to join the Israeli staff in various roles.

‘Huge power and potential of forestry in Israel’

Veronica Moreno Llorente is one of the students. She worked in forestry in Spain and Scotland before moving to Israel with her boyfriend. When she found out about the KKL-JNF program, she applied and was accepted. 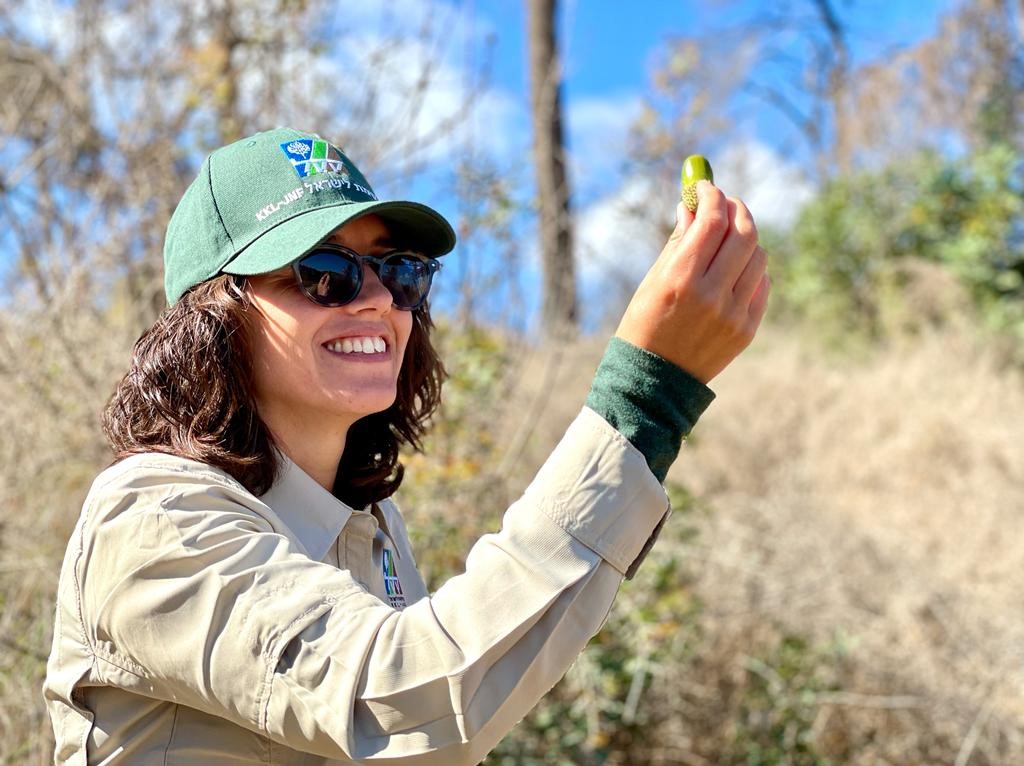 While Israel plants a lot of trees, she said the country is not yet considered a leader in forestry—commercial or management. But she has been surprised by the KKL-JNF program and the “huge power and potential of forestry in Israel.”

She said that she plans to stay on and help replant and replenish the Jewish state’s forests. Llorente is learning Hebrew and hopes to take a job with KKL-JNF.

Maya Millet enrolled in the program after working in the Israel National Parks system and teaching science and geography for several years. A mother of three with a bachelor’s degree in those fields from Ben-Gurion University, she was looking for a change.

She said she has lofty expectations for the program and a real desire to succeed for herself and her family. She also sees it as a win for women.

“In America, women have broken more glass ceilings in jobs that are not traditionally so-called ‘women’s work,’” Millett told JNS. “There are more women construction workers and police officers.

“Now, Israel has a new platform for women to advance forestry,” she continued. “KKL-JNF discovered that women are equally qualified as men, and it is coming to fruition in this program.”