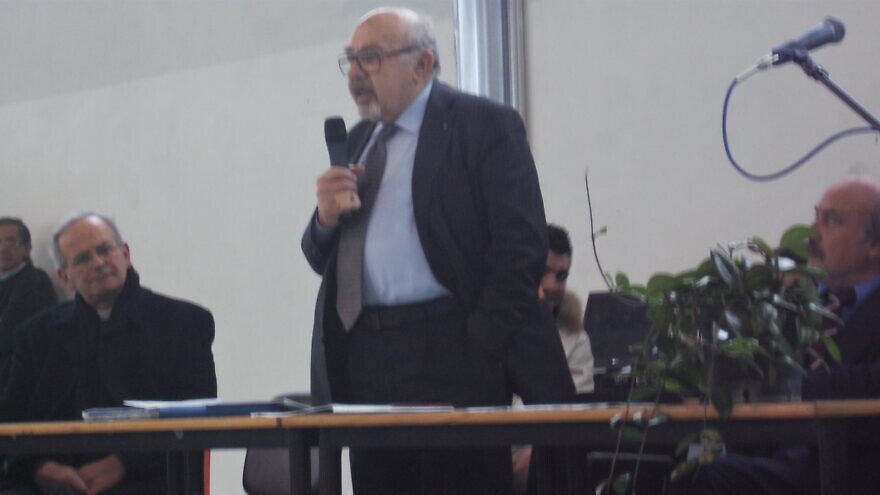 (December 10, 2019 / JNS) A man considered the last remaining survivor of Roman Jews who were deported from Italy’s capital to Nazi death camps during World War II died on Sunday at the age of 91.

Piero Terracina was 15 when he and his family went into hiding in 1943 after escaping the roundup of Jews in Rome by German occupying troops.

A few months later, as his family celebrated Passover in April 1944, he was arrested and deported to the Auschwitz-Birkenau concentration camp with his family, where his parents, three siblings and other relatives perished, The Associated Press reported.

On Jan. 19, 1945, Terracina and other Auschwitz prisoners were forced to march by Nazi officers, but during the trek, German troops fled to escape approaching Russian soldiers. Terracina and his fellow inmates, freezing in the dead of winter, sought refuge in the abandoned Auschwitz death camp until they were freed by Soviet troops on Jan. 27, 1945.

Terracina used to speak about the Holocaust at events and accompanied Italian students to the Auschwitz-Birkenau Memorial and Museum in Poland to educate them about what transpired.

Italy’s President Sergio Mattarella praised Terracina as a “tireless witness to the memory of the Holocaust.” Noemi Di Segni, president of the Union of Italian Jewish Communities, called him a “true light in these dark times” that is filled with hate and Holocaust denial.

Italian Holocaust survivor Liliana Segre, who received a police escort recently after being targeted with death threats and hundreds of anti-Semitic insults, remembered him as well, saying, “With Piero Terracina, a silent brotherhood linked us, words weren’t necessary between us. And now that he isn’t here anymore, I feel even more alone.”