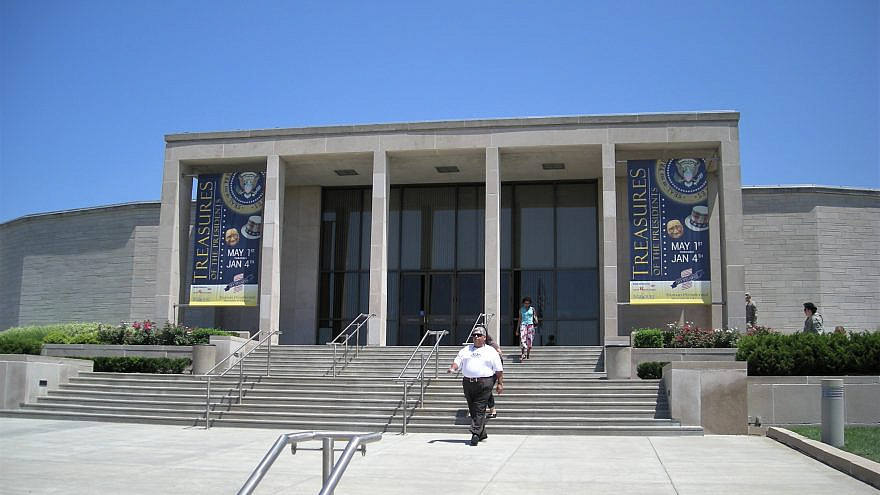 (June 16, 2021 / JNS) The Jewish Agency for Israel and the Truman Library Institute announced a new cooperative agreement in which they will work together to increase education and awareness of the history and legacy of President Harry S. Truman’s support for the creation of the State of Israel.

The two entities will collaborate on new and existing educational programs that reach audiences in Israel and America, including schoolchildren, communal leaders, the general public and Jewish Agency shlichim (Israeli emissaries) who serve in communities throughout the United States.

Truman became the first world leader to officially recognize the nascent State of Israel. In the months prior, there was heated debate in the White House over the pending vote on the U.N. partition plan for British Mandatory Palestine. Truman weighed personal, political and strategic concerns, and on May 14, 1948, acted in support of the establishment of the Jewish state.

The state was declared by then-chairman of the Jewish Agency David Ben-Gurion, who went on to become Israel’s first prime minister. Truman recognized the State of Israel just 11 minutes after the new nation was proclaimed.

“This new cooperation with the Truman Library Institute is a source of tremendous pride, both on a national and personal level,” said outgoing Jewish Agency chairman and Israel’s President-elect Isaac Herzog. “Educating the public about the role of President Truman in the history of our nation’s founding and the legitimacy of Israel’s existence will serve to strengthen the important connection between Americans and Israelis.”

Herzog conveyed a family story in which Rabbi Isaac HaLevi Herzog, his grandfather and Israel’s former Ashkenazi chief rabbi, visited Truman at the White House. The rabbi told the president that “God put you in your mother’s womb so you would be the instrument to bring the rebirth of Israel after 2,000 years.”

Truman’s staff reported that the president was moved to tears by this expression of gratitude.

Kurt Graham, director of the Harry S. Truman Library and Museum, noted that “Truman’s relationship with the leaders of the Jewish Agency played a critical role at an important moment in history. The collaboration now between the Jewish Agency and those charged with keeping Truman’s legacy is similarly significant in our time. The mission of both organizations is to educate. The synergies leveraged in this new partnership will help bring this shared vision forward.”