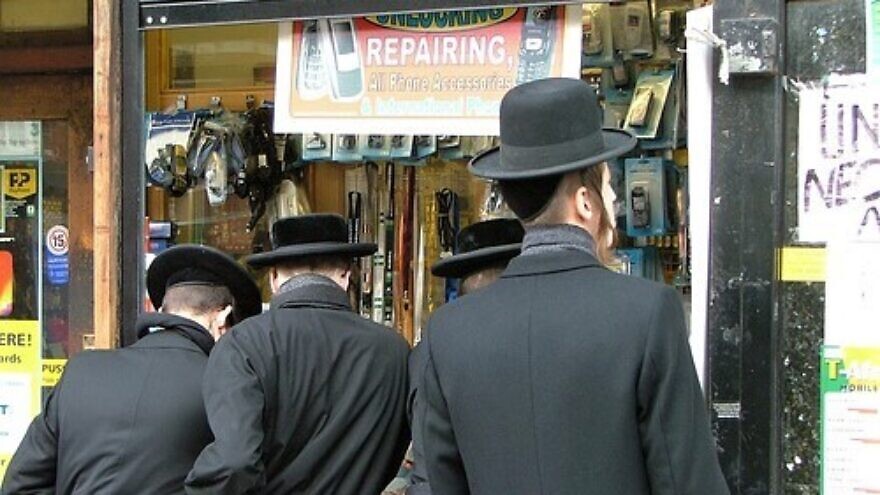 (May 2, 2022 / JNS) Jewish organizations in the United Kingdom are demanding that police take more action in light of rising anti-Semitism, particularly the targeting of Jewish children in recent days.

According to a report from the volunteer security group Shomrim, two Jewish girls, ages 12 and 13, were on the way home from school the other day when they were confronted by “five teenagers who held a knife to their faces.”

“This abhorrent attack against religious Jewish adolescent girls is not an isolated incident but part of a trend in the heavily Jewish neighborhood of Stamford Hill, which continues to experience violent anti-Semitism like New Yorkers are seeing Brooklyn, N.Y.,” a spokesperson for Campaign Against Antisemitism (CAA) told JNS.

This incident came just days after Jewish children at a park were harassed and the peyot (side curls) of an 11-year-old boy were pulled. Police are reportedly looking for three teens in connection with that case, according to a tweet by Shomrim.

Two other 11-year-olds were assaulted on Sunday outside a supermarket in Stamford Hill, according to Shomrim, which tweeted that the kids “were attacked by a group of teens. One victim was punched while the perpetrator laughed and his friends threatened to attack them again.”

Other recent incidents include reports of teens breaking into Jewish homes and stealing merchandise, including an instance where the perpetrators broke into an apartment where a group of children were playing, poured water on them and stole their toys, according to a CAA post on its webpage.

“The authorities in London have yet to take the necessary steps to fight this epidemic,” said the CAA spokesperson. “Crimes must not just be logged but investigated, and culprits must be prosecuted and sentenced with the full force of the law instead of being let off with a slap on the wrist. Until then, anti-Semites will go on seeing Jews as easy targets and assume that their actions have no consequences. We continue to work with the local Shomrim neighborhood watch group to try to ensure that the criminal justice system holds racist thugs like these to account.”

Last month, the Campaign Against Antisemitism released its “Antisemitism Barometer” that found, among other things, that “65% of Jews feel that British law enforcement and courts do not do enough to help stop anti-Semitic incidents.”