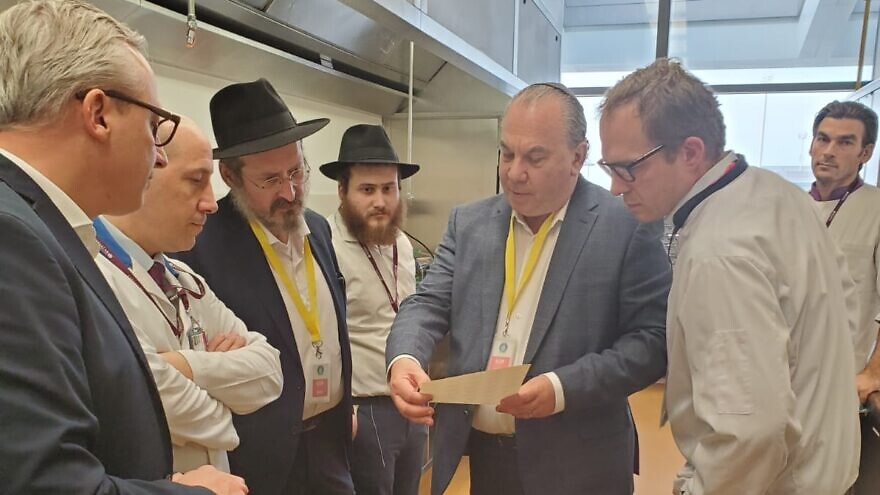 (January 9, 2023 / JNS) An unprecedented number of Israelis traveled to Qatar during the recent FIFA World Cup, but will this continue now that the soccer championship is over?

Rabbis involved with Jews in Arab countries see the Jewish presence growing in the Gulf state, warranting a rabbi’s permanent presence to tend to the community’s needs.

Rabbi Mendy Chitrik, the chairman of the Alliance of Rabbis in Islamic States (ARIS), the head Chabad emissary in Turkey and the rabbi of the Instanbul Ashkenaz community, told JNS that Qatar has had a small Jewish community of ex-pats and businesspeople for years.

“There are many Jews that travel through Qatar using Qatar Airways, which serves kosher food,” added Chitrik.

Asked if there are enough Jews to warrant a full-time emissary or rabbi, he said yes.

The Israeli Foreign Ministry said last month that around 10,000 citizens went to Qatar using Blue-and-White passports during the World Cup and thousands of others used non-Israeli passports to dodge potential security issues.

According to Chitrik, there are several churches in Qatar and permission for some religions, including Judaism, to practice their faith. He hopes that “sooner or later, a permanent rabbi will be present along with a blessing from the state.”

There has been a longstanding Jewish presence in other Gulf states, in Iraq, Iran, Oman, Kuwait, Bahrain, Yemen and the United Arab Emirates.

“The grouping of all these countries together is not the correct approach since each state has its own way it wants to develop its relationship with the local Jewish community and the State of Israel,” noted Chitrik.

Along with Rabbi Marc Schneier from New York, “we have helped provide kosher supervision for kosher-keeping-fans who came to the country for the World Cup,” said Chitrik.

They provided around 15,000 to 20,000 sandwiches during the World Cup and there will be an ongoing need to provide religious services in Qatar, he said. In addition, thousands of challot for Shabbat were distributed.

Chitrik said that as a result of the World Cup, Qatar is likely to become a more popular tourist destination, leading more Jews will visit the country.

Mendy Chitrik’s 21-year-old son, Rabbi Eliyahu Chitrik, was in Qatar during the month-long soccer tournament, helping Jews with their religious needs, staying in touch with them mainly through an Instagram page called @kosherinqatar.

“The World Cup was an amazing experience and there were more Jews than expected,” Eliyahu told JNS. “There were some hotels where groups of [Jewish] tourists prayed.”

Asked if he plans on staying in the country, Eliyahu responded, “If there will be a need, I’m sure eventually there will be someone full-time.”

As for the treatment by the government of Qatar, he said the country “demonstrated respect for their activities and support for providing kosher food and whatever else was needed.”

Qatar’s support for Islamists and a limited Jewish presence

Israel and Qatar do not maintain formal ties. Will the growing Jewish presence affect bilateral relations?

It is too soon to tell, but Qatar has a history of supporting Islamist groups across the globe that promote radical ideology and terrorism, including Hamas and the Hamas-ruled Gaza Strip.

While Qatar supports radical elements in the region, it also seeks to promote its image in the West. Hosting the World Cup furnished a very expensive public relations bonanza for the country.

As a result of the World Cup, tourism and business ties to the country are bound to grow. Still, Qatar shows no sign of backing down from supporting revolutionary Islamic groups that seek to upend status quo powers in the region such as Saudi Arabia.

For example, Dr. Shafi al-Hajri, an Islamic Studies professor at Qatar University, said in a Nov. 25 show on Qatari TV that those who refuse to submit to Islam must be fought, MEMRI reported. 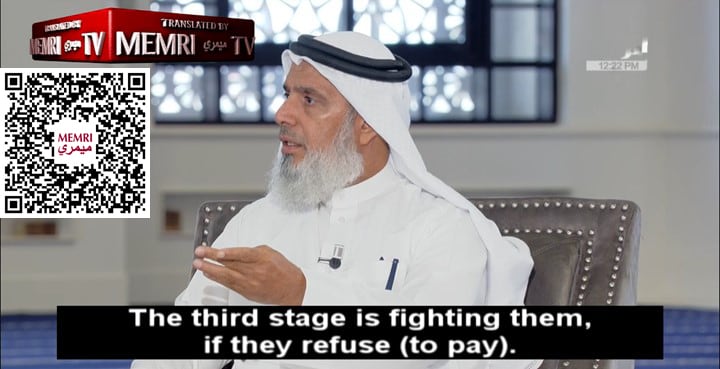 Like the media in other Middle Eastern dictatorships, the regime tightly controls Qatari TV, and only what is approved is published.

The fact that the government is promoting a radical form of Islam while not overtly limiting the growing number of Jews visiting the country shows a pragmatic approach.

Its radical agenda parallels its goal of appearing modern to Western eyes and benefiting from its technology. One question is whether such a dual policy will affect the growing Jewish presence in the country.