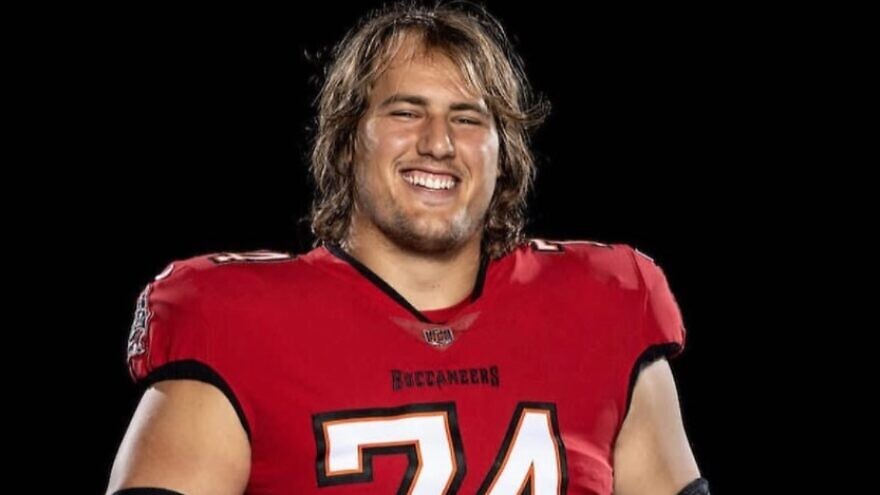 “After seven formidable years with the Tampa Bay Buccaneers, I’ve come to the decision to retire from the game that has given me so much,” the 28-year-old wrote on Instagram Sunday. “This organization and the people surrounding it have helped not only fulfill a dream, but also helped build me into the person I am today. I’ve made Tampa Bay my home and I look forward to serving this community in the coming years. To the coaches and teammates, family and friends, an Instagram post simply can’t express the profound impact you’ve had on me. I’m eternally grateful. Thank you Tampa Bay.”

The Buccaneers claimed Marpet, a Birthright Israel alumnus, in the third round of the 2015 NFL Draft. A native of Hastings-on-Hudson, a town about 20 miles north of Manhattan, N.Y., was the first NFL player to come out of Division III Hobart College since 1937. He played in 101 games, serving at both guard and center and missed only 12 games. He became a Pro Bowler in 2021.

“It has been one of my greatest professional thrills to see his rapid ascension from a small college standout into one of the NFL’s best all-around offensive linemen,” Buccaneers general manager Jason Licht said in a statement.

Coach Bruce Arians added, “I can’t say enough about what Ali has meant to our team over the three seasons since my arrival. He has been the consummate professional and has been a rock for us in the interior of our offensive line.”

Tom Brady announced his retirement from the Buccaneers earlier in February.