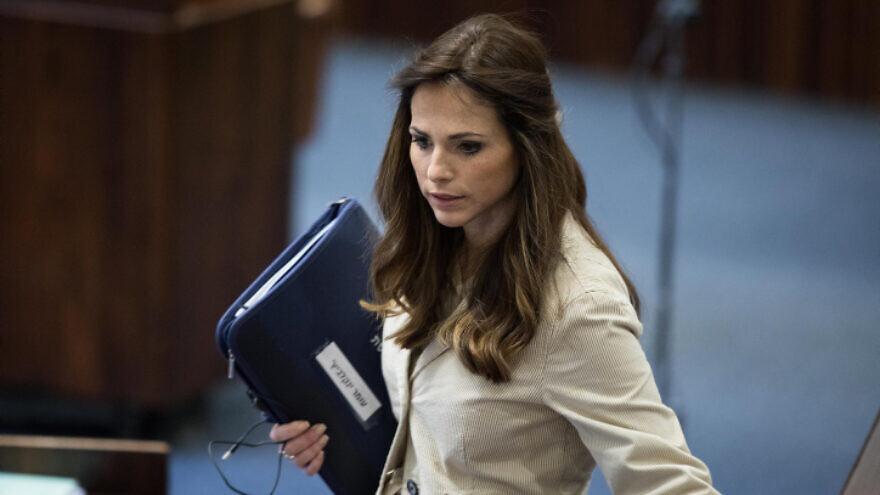 Blue and White Party member Omer Yankelevich at the Plenary Hall at the Knesset on May 14, 2019. Photo by Hadas Parush/Flash90.
Republish this article
443 WORDS
Spread the word.
Help JNS grow!
Share now:

(October 27, 2020 / JNS) Israeli Minister of Diaspora Affairs Omer Yankelevitch announced on Thursday that she is introducing a Knesset bill that would require government ministries to consult with world Jewry on matters directly related to the Jewish people, such as Jewish informal and formal education, engagement and anti-Semitism.

“The establishment of an official body transforms the relationship between the State of Israel and world Jewry by formalizing the notion that the Jewish world has the right to a voice in the Jewish state,” she explained, adding that the process of asking for and receiving consultation shows that “the State of Israel values the opinion of world Jewry, and is committed to the connection between Israel and Jewish people living outside of Israel.”

“It is a declaration that taking in the voices of world Jewry is not only valuable, but also a necessity as the nation-state to the Jewish people,” she said. At the same time, she related, “ultimately, it is Israeli citizens and stakeholders who have the right to vote and determine the direction that the State of Israel takes. What this body does do is provide world Jewry with the right to be heard.”

Regarding who might be consulted on such matters, Yankelevitch replied “those who sit at a table tasked with consulting the Government of Israel must be Jewish leaders who are committed to upholding Israel as Jewish and democratic state. And additional criteria will be developed with relevant players.”

Until now, noted Yankelevitch, the State of Israel—its government officials and representatives—spoke to leaders in the Diaspora only when it was convenient or necessary in their eyes, leading to “much miscommunication, hurt and missed opportunities on both sides.”

Yankelevitch called this move a “visionary step” and “significant paradigm shift” to propel forward the relationship between Israel and world Jewry. “It has the ability to elevate the connection between us as a unified people into the 21st century.”

According to the ministry, this move occurs in the context of a strained relationship between Jerusalem and the Diaspora, and builds on Israel’s efforts to strengthen the relationship and reinforce Israel as the homeland and nation-state of the entire Jewish people. The bill comes after months of consultation with relevant government officials, Jewish institutions and a wide spectrum of leaders, noted the ministry.

In July, the ministry passed the Fassberg-Kandel Committee guidelines to provide a foundation for the Government of Israel to reconceptualize its place in a global Jewish future.