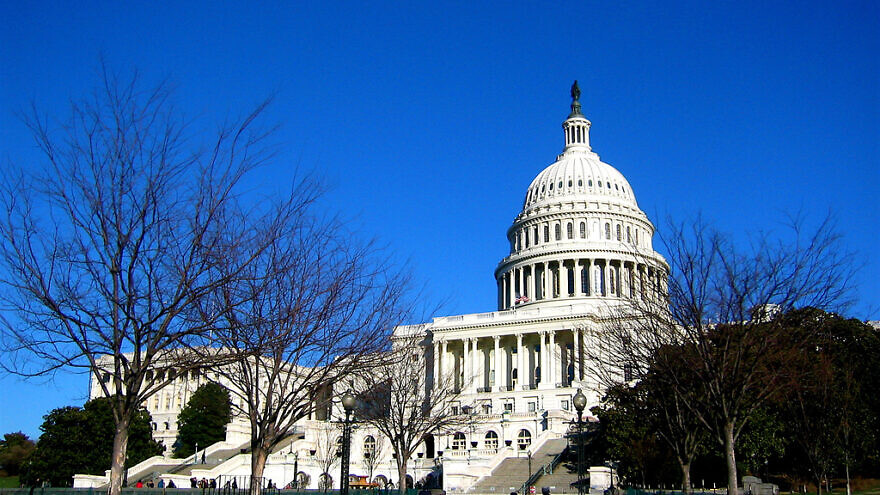 (December 27, 2021 / JNS) A bipartisan group of 20 members of Congress is calling for the Biden administration to apply provisions of a law passed unanimously in 2019 to punish organizations that engage in the use of human shields, such as the Hamas and Hezbollah terrorist organizations.

Reps. Mike Gallagher (R-Wis.) and Tom Suozzi (D-N.Y.) co-authored a letter to U.S. Treasury Secretary Janet Yellen and Secretary of State Antony Blinken urging them to fully implement the SHIELDS Act of 2018, which requires that the administration submit an annual report to Congress on the use of human shields and sanction individuals implicated in such crimes by Dec. 21, 2019.

Yet, two years after this deadline, and despite evidence that Hamas used human shields during its conflict with Israel in May, no sanctions have been implemented.

“While the U.S. government has taken other strong measures to combat Hamas and Hizballah in recent years, it has yet to sanction Hamas and Hizballah leaders for their use of human shields,” the lawmakers wrote in the letter. “Imposing such sanctions would make clear the U.S. government does not tolerate the use of human shields and would encourage like-minded countries to take similar measures against this war crime. It would also augment the Biden Administration’s efforts to undermine Hamas and weaken Hizballah.”

The letter included the multiple examples of Hamas’s human shield use from May, including placing weapons warehouses in houses and apartment buildings, installing a military intelligence headquarters near a kindergarten, positioning rocket launch sites next to civilian buildings including in a school courtyard, among a few examples cited in the letter.

It also quoted a top Hamas leader, Yahya Sinwar, openly boasting about the use of the tactic, saying that Hamas has “decided to turn that which is most dear to us — the bodies of our women and children — into . . . a dam to prevent the racing of many Arabs towards the normalization of ties with the plundering entity.”

Sinwar further said that the plan had worked, since “our people have imposed their agenda upon the whole world,” forcing onto “the world’s television screens … the sacrifice of their [Palestinian] children as an offering for Jerusalem.”