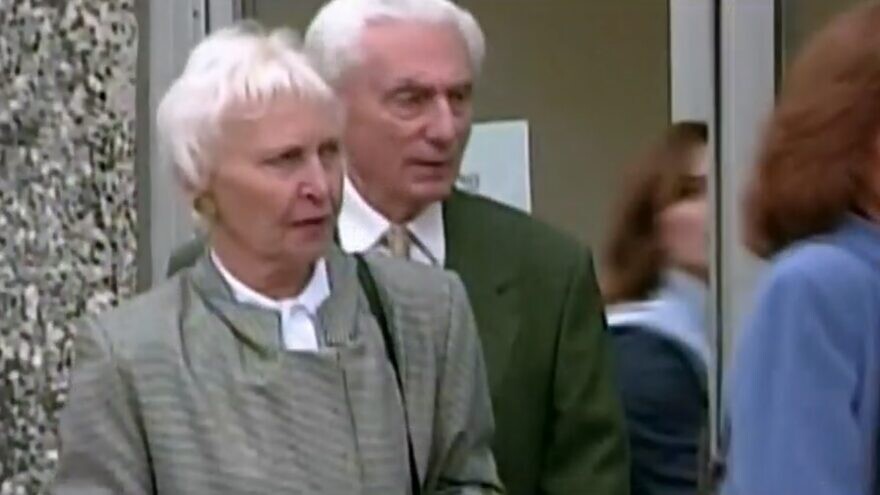 Helmut Oberlander, a 95-year-old who worked as a translator for Nazi death squads in Ukraine and Russia, pictured in 2001. Source: Screenshot.
Spread the word.
Help JNS grow!
Share now:

(March 5, 2020 / JNS) Lawyers for Helmut Oberlander, a 95-year-old who worked as a translator for Nazi death squads in Ukraine and Russia, claimed last week that their client’s old age and “diminished” mental capabilities should be cause enough for the Canadian government to stop efforts to deport him.

“He cannot read or hear the allegations of fact alleged against him. Given his age, his memory faculties are diminished greatly,” his lawyers said in new legal documents filed with the Supreme Court of Canada and obtained by the National Post. “Such a lengthy process, coupled with aging over the decades, has left Mr. Oberlander extremely vulnerable and unable to defend his own interests in this proceeding. It would be an abuse of process to continue in this case.”

The Canadian government has been attempting to deport Oberlander, who was also an infantryman in the German army, because of his Nazi past for the last 25 years. Four times his Canadian citizenship was stripped, and three times the decision was overturned by the courts.

In December, Canada’s Supreme Court rejected an appeal to restore his citizenship, which he obtained in 1960.

His lawyers have also asked the Immigration and Refugee Board to appoint a designated representative to look out for Oberlander’s best interests, according to the National Post. They added that his “participatory rights are greatly reduced. If these proceedings are permitted to continue, he requires that accommodations be undertaken to the hearing process to ensure his full and active participation.”