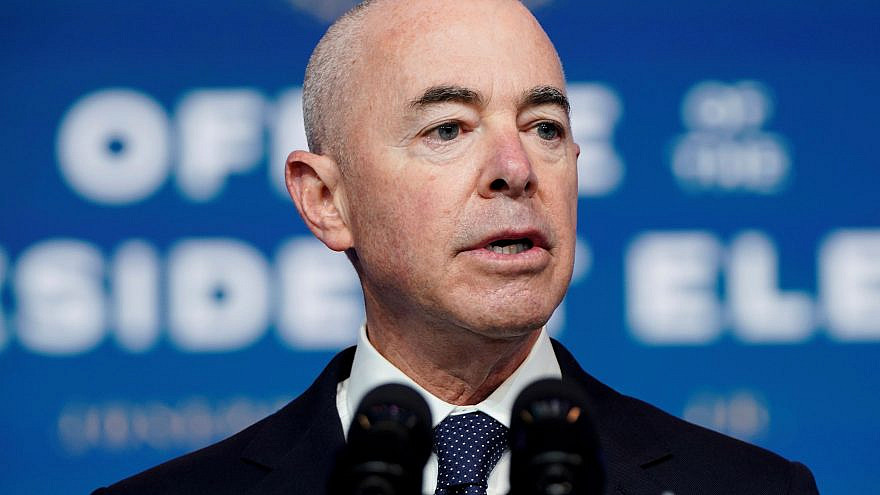 (February 24, 2021 / JNS) Six left-wing Jewish organizations asked the Biden administration on Tuesday to revoke a policy by the former Trump administration to label goods from Judea and Samaria, more commonly known as the West Bank, as “Made in Israel.”

In a letter sent to U.S. Homeland Security Secretary Alejandro Mayorkas that was shared with The Huffington Post, the groups claimed that former President Donald Trump’s policy is “harmful to essential interests of Israelis and Palestinians alike” and will increase tensions in the region if it goes into full effect.

Signees of the letter were J Street, the New Israel Fund, Partners for Progressive Israel, Ameinu, Americans for Peace Now and T’ruah: The Rabbinic Call for Human Rights.

In December, weeks before Trump left office, a policy went into effect requiring products manufactured in Israeli-controlled areas of Judea and Samaria, known as “Area C,” to be labeled as “Israel,” “Product of Israel” or “Made in Israel” when exported to the United States.

Companies have until March 23 to comply with the new guidelines.

Israel controls all of “Area C,” which comprises some 60 percent of the West Bank, under the Oslo Accords. “Area A” and “Area B” are under Palestinian self-governance.

The groups that signed the letter said: “By inaccurately and misleadingly treating settlement and other products from Area C of the West Bank as if they were made in Israel, the [Trump-era notification] attempts to reverse decades of U.S. policy that makes a firm distinction between Israel and the West Bank. It runs counter to the Biden administration’s policy of opposing settlement activity and unilateral annexation of territory as harmful to the prospects for the peaceful, just resolution of the Israeli-Palestinian conflict.”

U.S. President Joe Biden has the option to rescind Trump’s policy or decline to enforce it.