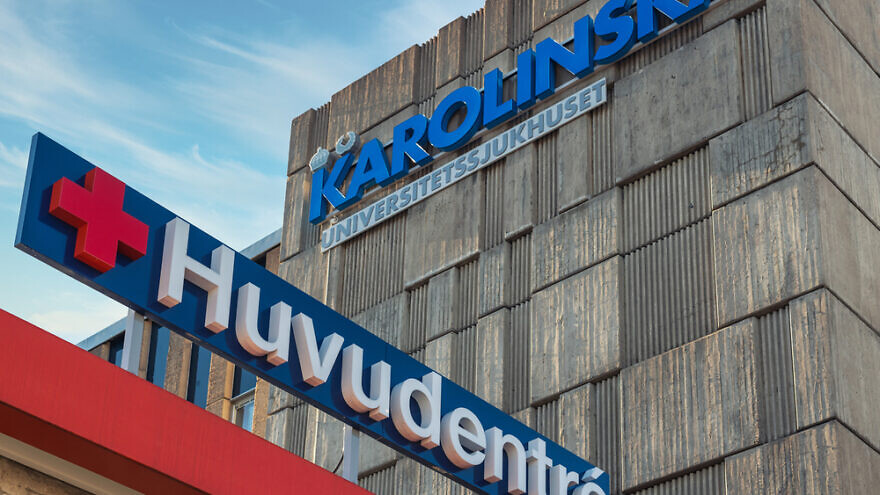 (March 28, 2022 / JNS) The Lawfare Project has filed a lawsuit against Sweden’s Karolinska University Hospital and the Karolinska Institutet for anti-Semitic discrimination.

According to the Lawfare Project, “Dr. Svensson” (a pseudonym to protect his identity) and other Jewish physicians were targeted with harassment and discrimination that included a supervisor posting anti-Semitic statements and images on Facebook, and subjecting them to classic anti-Semitic tropes.

Among the complaints documented was that Svensson was told that he has a “Jewish nose,” is stingy and “whines like a Jew.”

Additionally, the complaint says that he was prevented from operating to the same extent as his colleagues, reassigned and blocked from continuing research. He and another Jewish physician received the lowest salaries among their colleagues, despite higher qualifications, according to the complaint.

The Lawfare Project said that when Svensson complained about the anti-Semitism, Karolinska did not stop the harassment and retaliated against him with a “years-long campaign of reprisals to intimidate and silence him.”

It said that Karolinska even submitted a complaint against the doctor to Sweden’s Health Ministry, identifying his Jewish identity as “relevant information” with regard to the risk he allegedly posed to patient safety. That complaint was ultimately dismissed.

Ultimately, he was fired after he notified Swedish government officials about the discrimination and retaliatory conduct he was subjected to.

“It shocks the conscience that the Karolinska not only failed to address anti-Semitism but openly tolerated it and actively retaliated against a Jewish doctor brave enough to stand up against it,” said Gerard Filitti, senior counsel at the Lawfare Project, in a statement.

Karolinska University Hospital is a teaching hospital affiliated with the Karolinska Institutet in Stockholm, Sweden—one of the world’s top medical schools and as part of the Nobel Assembly, awards the Nobel Prize in Physiology or Medicine each year.

“Neither of these honors is warranted when these institutions are so infused with systemic Jew-hatred that they must be brought into court to assure that Jewish staff members can live and work without discrimination and harassment,” said Filitti.

The lawsuit is the latest case of discrimination at Karolinska. In 2018, a report in Haaretz documented years of anti-Semitic bullying of Jewish physicians. That same year, the Simon Wisenthal Center included Karolinska Hospital in its “Top 10” list of worst outbreaks of anti-Semitism for systematic discrimination against three Jewish doctors. This past October, Karolinska faced two legal defeats in related cases.