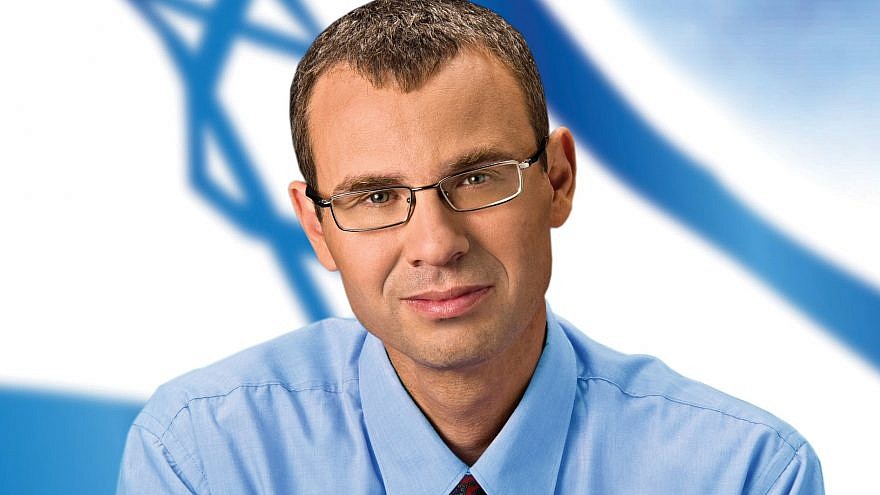 (December 13, 2022 / JNS) The Knesset is due to vote this week, or next week at the latest, on two bills considered highly controversial: the so-called “Deri Bill,” aimed at enabling the chairman of the Shas Party, Aryeh Deri, to be appointed as a government minister despite his January 2022 conviction on tax evasion charges; and the so-called “Ben-Gvir Bill,” aimed at shifting powers from the commissioner of the Israel Police to the minister of national security, a new cabinet position expected to be held by Itamar Ben-Gvir, the chairman of the Otzma Yehudit Party.

“There is no argument about the fact that the minister should determine the policy of the office he is heading, and that applies to the police as well,” said Ben -Gvir in response to the criticism from the left. “This is a necessary amendment to the existing law. Their only problem is a personal one with me.”

During his election campaign, Ben-Gvir promised to “restore governability,” especially in the Negev, where criminal activity by parts of the Bedouin population has become a national security concern. Ben-Gvir also vowed to wage war on crime and violence in Israeli-Arab society in general, which has become a major problem, especially for law-abiding Arab citizens.

The existing law grants most of the power over police priorities to the commissioner, a position currently held by Yaakov “Kobi” Shabtai. The minister’s (currently the public security minister’s) main authority is to appoint the commissioner and other senior officers; he is very limited in directing policy and taking significant administrative and strategic decisions.

The other top priority legislation for the new coalition, the Deri Bill, is essential for allowing the leader of Shas to enter the next cabinet, most likely as minister of interior and minister of health (Deri is expected to hold both positions).

Deri received a one-year suspended sentence and a fine of 180,000 shekels (about $53,000) in February of this year for tax evasion, in a case that began with much more serious accusations of bribery. In a plea deal with the prosecution, approved by the court, he promised not to hold any official political position. Accordingly, Deri quit the Knesset but remained chairman of Shas. In return, the court refrained from ruling whether his actions amounted to moral turpitude, which would prevent him from serving in any public office for seven years.

In the meantime, an election was held, and Deri argues that therefore his obligation to quit politics is no longer valid, since it was never a lifetime obligation. Some law experts do not dispute this but argue that prior to his return to an official position the court must rule regarding the moral turpitude issue.

The law maintains that a conviction followed by an imprisonment punishment automatically imposes a finding of moral turpitude on the convicted person, but Deri only received a suspended sentence. The Deri Bill seeks to determine that only actual imprisonment prohibits holding public office.

Passing the two politically crucial bills became possible after MK Yariv Levin from Likud was elected as speaker of the Knesset on Tuesday. The speaker holds much power over advancing or stalling proposed legislation. Levin is expected to serve for no more than two weeks, until Prime Minister Benjamin-designate Netanyahu decides on the incoming coalition’s nominee for a permanent speaker. The previous speaker, Mickey Levi from Yesh Atid, was unwilling to advance both the Deri and Ben-Gvir bills.

“I am hopeful that the 25th Knesset will complete its term and that Israel will soon have a stable government,” said Levin, who is expected to serve as the next minister of justice.

“We will have to make a joint effort to strengthen the Knesset’s position as a legislative authority since it was very much undermined in recent years,” he continued, in a reference to the actions of the Supreme Court.

“We will have to ensure that the mandate granted to us by the public will indeed be implemented, and that governability will exist since it is a crucial pillar of the democratic system,” Levy said.