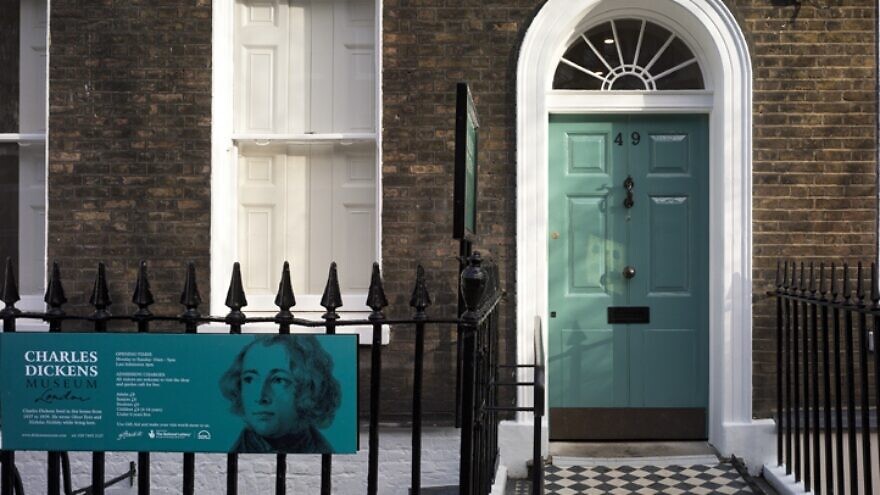 (April 6, 2022 / JNS) A museum in London dedicated to British author Charles Dickens has started a new program for schools about anti-Semitism that is focused on the novel Oliver Twist and a controversial character in it that is a Jewish villain, reported The Jewish Chronicle.

The initiative by the Dickens Museum comes after the publishing last year of the children’s book Dear Mr. Dickens, which tells the true story of Eliza Davis, the Jewish woman who wrote to Dickens about his portrayal of Fagin, the Jewish villainous pickpocket in “Oliver Twist,” and the author’s depiction of prejudice against Jews.

Cindy Sughrue, director of the museum, said: “It was finally giving us something to explore regarding the whole issue of anti-Semitism in Dickens’s writing of ‘Oliver Twist,’ and for us, it was how do we unwrap that knotty topic in a way that we can communicate to the widest possible audience?”

The new program is available for primary schools in person at the museum or online in an interactive session.

At the museum, children will analyze some of the problematic parts of Oliver Twist, thinking about discrimination in their lives and how they might challenge it, according to The Jewish Chronicle. American writer Nancy Churnin, the author of Dear Mr. Dickens, will take part in some virtual Q&As as part of the program, added the publication.

The program will also provide resources for teachers including a reading of Dear Mr. Dickens by actress Miriam Margolyes, a lesson plan on discrimination, as well as a project for children to write their own letters on speaking out.

After originally standing by his character, Dickens took heed of Davis’s protests and modified references to “Fagin the Jew” in new editions of the book. He also introduced a non-villainous Jewish character, Mr. Riah, in his novel Our Mutual Friend.