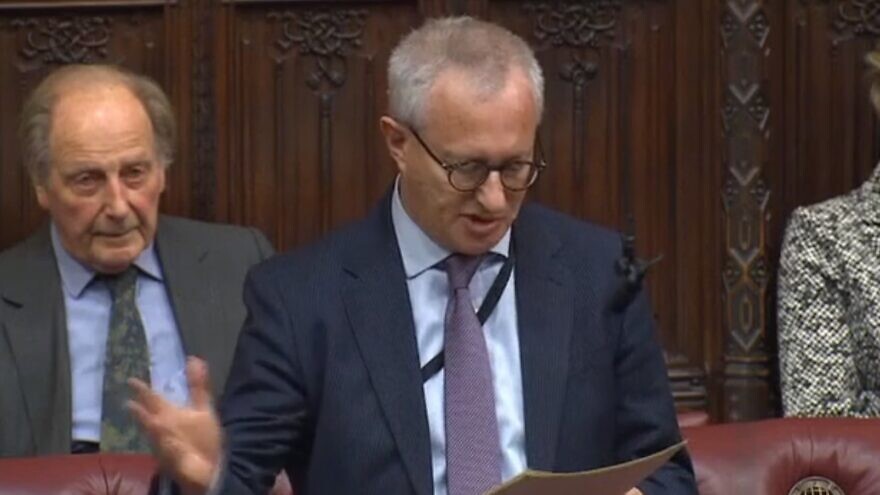 (January 13, 2020 / JNS) “Israel is being singled out ‘with nauseating frequency,’ to borrow a phrase, and we are joining in,” said Lord Baron Stuart Polak, president of Conservative Friends of Israel, in a House of Lords speech on Jan. 7.

“I have no problem with legitimate criticism where it is due, but this obsession with Israel needs to be addressed. This singling out of the Jewish state is wrong, unjustified, and plays a role in the rise and rise of anti-Semitism,” he said.

“Whether it manifests itself in Monsey [N.Y.] in the United States or just down the road in South Hampstead, it arises, as we have seen in the Labour Party, when there is a failure of leadership on the grandest scale,” added Polak.

The baron also raised the question of the Palestinian Authority’s terroristic practice of “pay to slay,” making it clear that the government has an obligation to ensure that British taxpayer money go to those in need, as opposed to rewarding terrorists convicted of heinous crimes and their families.

“In 2018, the Palestinian Authority paid over £260 million [$338 million]—around 7 percent of its annual budget—on salaries to killers and murderers,” said Polak. 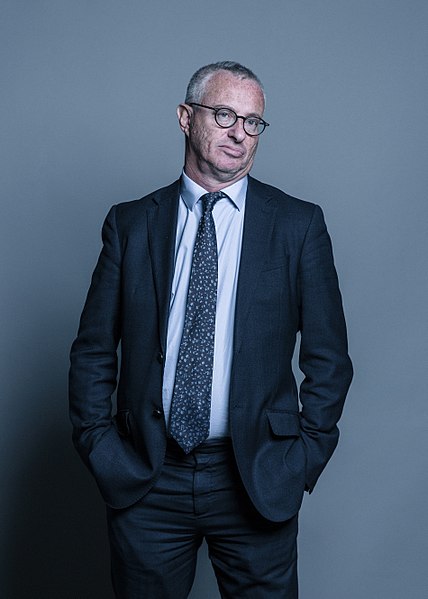 Referring to the Netherlands’ discontinuation of direct aid to the P.A. in November because of this terror reward policy, he urged, “We must pay our way, but not when our aid is used to pay for slay. We must find a method by which aid payments serve the recipients who need our support in Palestinian society, and at the same time, serve the interests of the British taxpayer.”

Though these issues have been ongoing, Polak told JNS that with a new British Parliament, now is the time to raise the issues they want and “set an agenda.”

“My speech was signal that this is a priority for the pro-Israel community,” he said.

In the context of a rise of anti-Semitism and violence against Jews worldwide, Polak said that he will “again raise the issue of payment to Palestinian prisoners and continue to push.”

In his speech, Polak took the opportunity to congratulate the government on its new legislation making it illegal for local councils to implement boycotts against Israel. “The promise by the government to legislate against BDS was a first and shows where the new government is at in relation to these sorts of issues,” he told JNS.

He then rebuked the United Nations for fixating on the world’s only Jewish state. “There was one resolution on North Korea, one on Syria, one on Iran and two on Russia. There were no resolutions on China, Venezuela, Saudi Arabia or Pakistan. But there were no less than 18 resolutions on Israel. That is totally unacceptable and, what is more, far too often the U.K. votes for these resolutions,” he said in his speech.

Polak critiqued a resolution that was passed at the U.N. General Assembly on Dec. 13 called “Israeli practices affecting the human rights of the Palestinian people in the Occupied Palestinian Territory, including East Jerusalem,” saying, “suffice it for me to say that the resolution totally ignored terror attacks against Israeli civilians in Israel, referring to them as “tensions and violence.”

It also negated deadly attacks by Palestinians on Israeli cities and towns over the years, and sought to strip Israel of its inherent right to self-defense by classifying every defensive measure as “a violation of international law.”

In addition, he continued, “it referred to the Temple Mount in Jerusalem only by its Islamic name, Haram al-Sharif. What did we do? We voted for the resolution, whereas our allies and friends in Canada, Australia and the US had the courage to vote against it.”

Polak concluded with a request that the United Kingdom look “very carefully” in the future before voting against Israel at the United Nations.