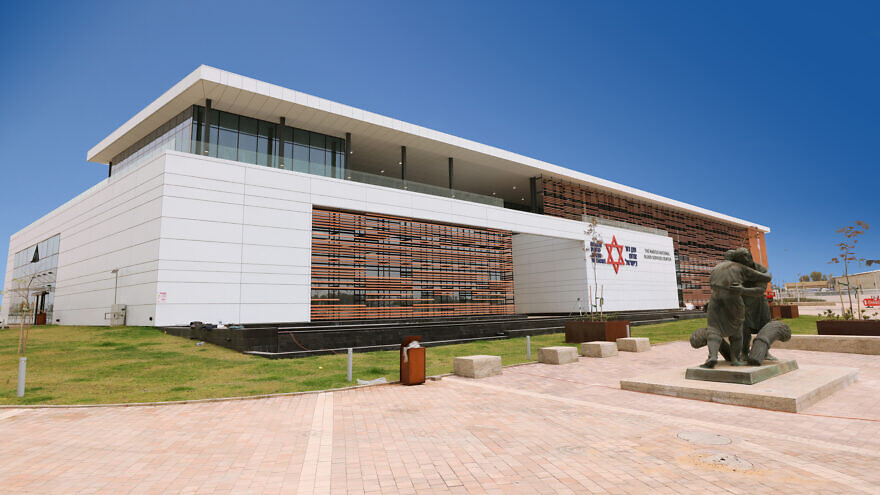 (May 2, 2022 / JNS) Situated more than 50 feet underground in a brand-new, state-of-the-art facility in the central Israeli city of Ramla is the Jewish state’s version of Fort Knox.

While the vault at Fort Knox in Kentucky is used to store gold, the Israeli version, a 3,230 square foot safe room, was constructed as a blood storage vault. It will house Israel’s strategic inventory of 25,000 blood components, safeguarding it in times of war.

At a cost of $135 million, funded primarily by American Friends of Magen David Adom (AFMDA), the blood services center is to be inaugurated this week in the presence of distinguished guests and donors from Israel and abroad, and is planned to be fully operational by the end of the year.

The facility was designed and built in cooperation with the Prime Minister’s Office, the Israeli Defense Ministry, Israel Defense Forces and the National Cyber Security Authority. The shielded area, which includes extra-thick concrete walls, blast doors and airlocks, as well as biological and chemical protection, extends across three subterranean floors. 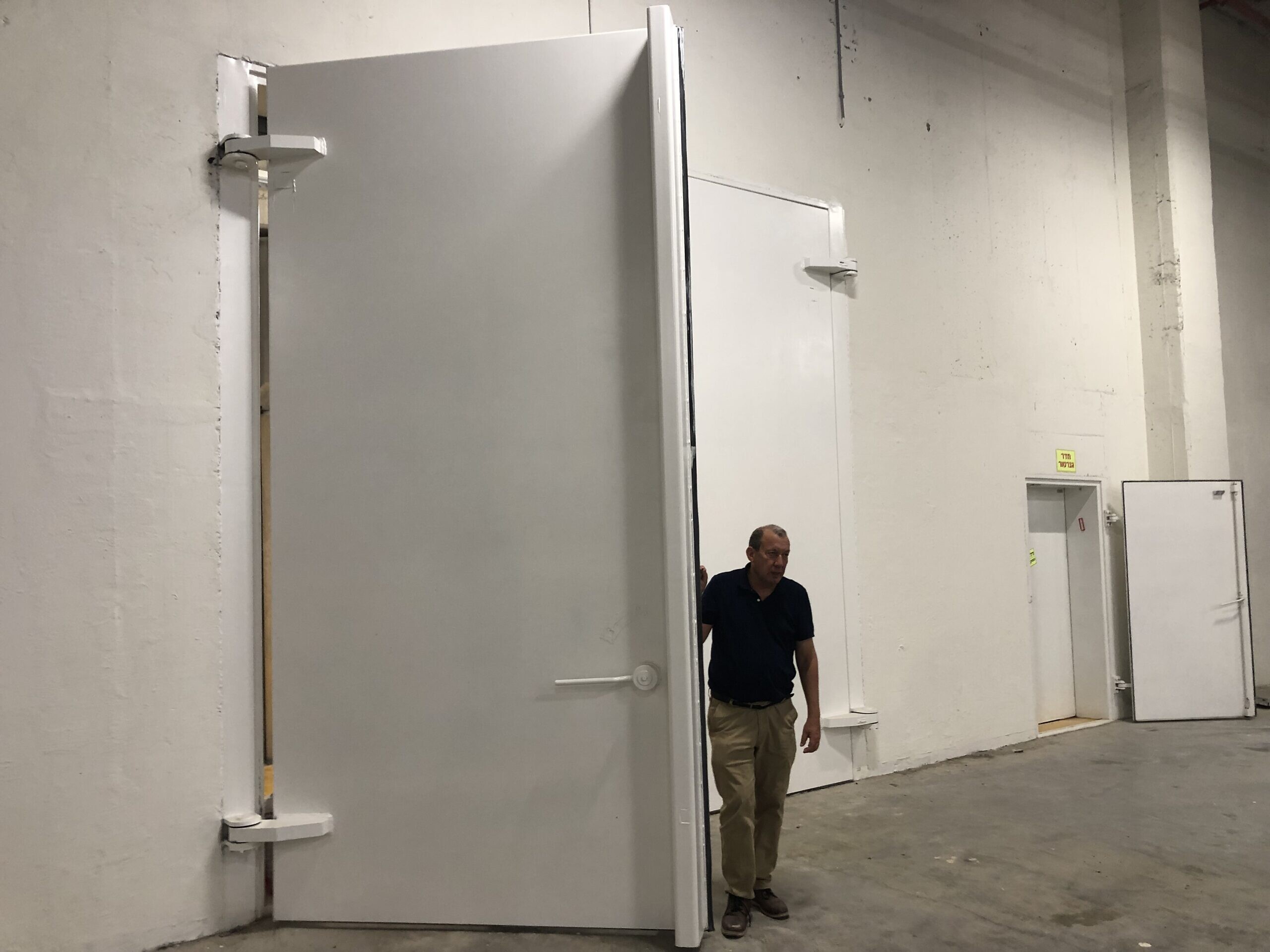 The current national blood services facility in Ramat Gan was built in the 1980s and is not large enough to meet the demands of Israel’s growing population or the country’s needs in times of war. In the past, during rocket attacks, MDA has had to cease processing blood and move the country’s blood reserves into a bomb shelter, interrupting blood production at a time when it might be needed most.

During a press tour of the building last week, professor Eilat Shinar, director of MDA’s National Blood Services Division, told JNS that “the new blood services center is really a dream come true for us. It’s an important step for the safety of Israel’s blood supply.”

She shared that MDA works “from vein to vein” as hospitals in Israel receive 97% of their blood supplies from MDA, while the IDF relies exclusively on MDA for 100% of its blood supply.

Shinar said that the new facility “will allow us to provide increased blood services, with excellent quality, and in a very cutting edge, modern facility, that will enable us to accommodate the country for the next 20-30 years.” 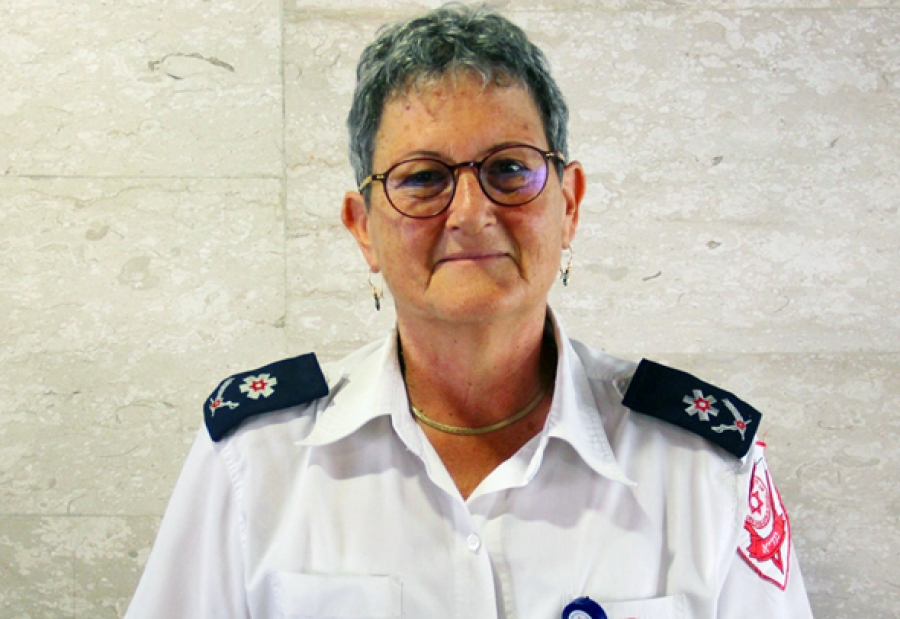 According to Shinar, the current blood services center processes around 270,000 units of blood per year, which she said would not be sufficient given Israel’s population growth. Through the use of advanced technologies and an automated laboratory blood testing system, she said the new facility will be able to produce double that amount.

At the same time, Shinar added, “It’s only a matter of time before the current blood services center is hit [by a missile]. We’ve seen that they [the terrorists] can hit Tel Aviv.”

Industrial and mechanical engineer Moshe Noyovitch, a senior AFMDA representative who oversaw the establishment of the center from its conception, led the group on a tour of the three underground floors.

With the vault on the lowest level, the second underground floor houses the Cord Blood Inventory, an R&D molecular lab and a chemical and biological warfare air-filtration system that enables all staff throughout the building to continue working and processing blood in the event of a chemical or biological attack. The first (uppermost) underground floor houses shielded blood bank laboratories, a transportation center and secure fleet parking, where all new ambulances will be equipped.

To ensure the highest levels of protection, and continuity of operations in war scenarios, every critical system has a secondary system, including two ramps leading into the underground floors, four sets of elevators and four generators.

Noyovitch told JNS that the facility’s construction, which has been in the works since 2017, was a unique project and one of the most challenging engineering endeavors he has ever been a part of. 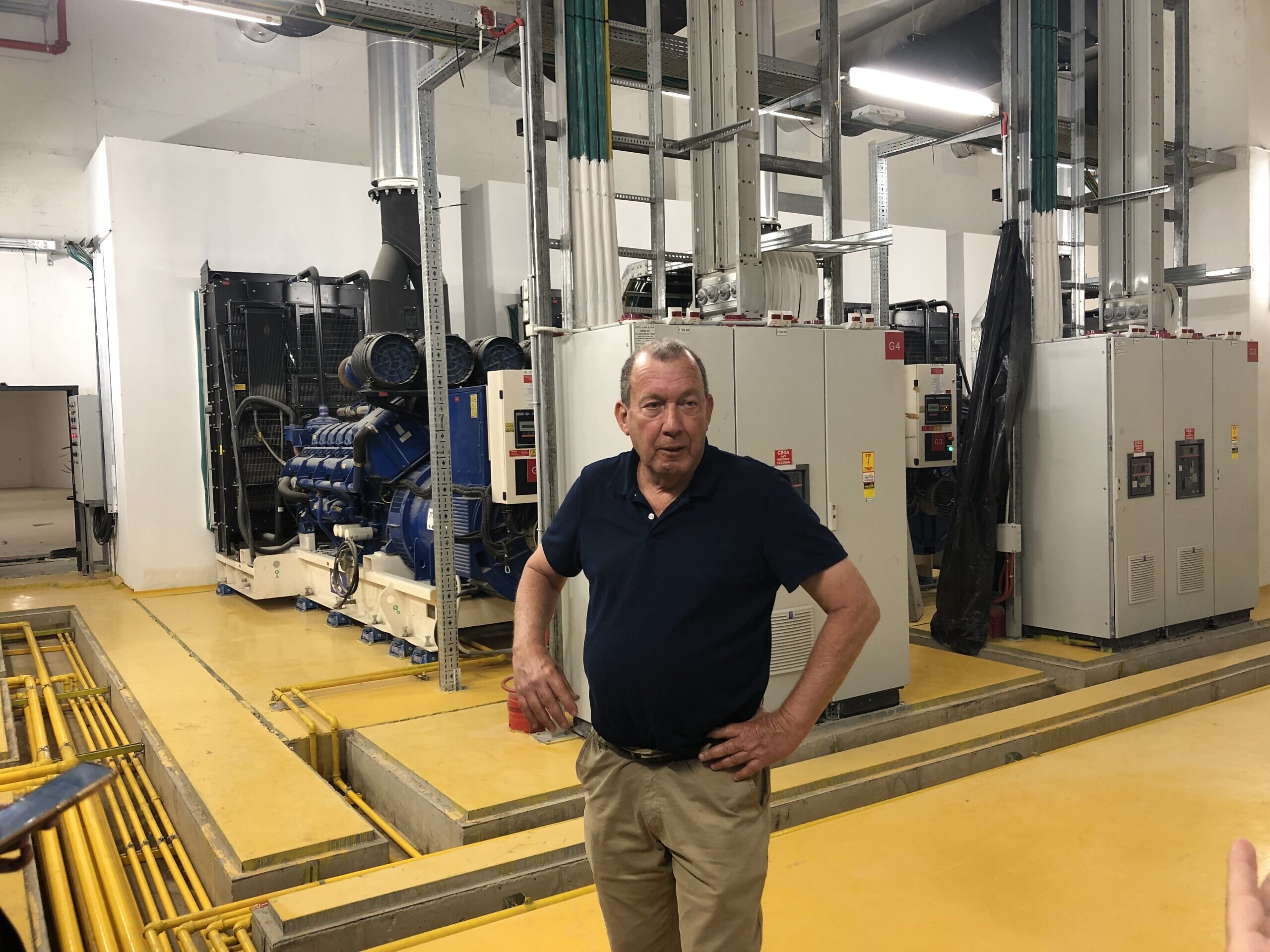 “Our focus involved three main parameters: capacity—to be able to process 500,000 blood units [annually], and during a scenario involving war we need to be able to produce 3,300 units daily, up from 1,000 units during normal times.

“Secondly, the facility needed to meet the [World Health Organization] WHO blood-bank guidelines, so we studied other facilities, and adhered to the most up-to-date guidelines, and our facility is extremely modern in terms of technology and the process of blood collection and distribution.

“Thirdly is our ability to shield and protect [the facility]. We worked in collaboration with the National Security Council, the Home Front Command and many other agencies, because this is dubbed a ‘strategic facility’ by the government. We must be protected against conventional and unconventional threats [chemical and biological], earthquakes and even cyber threats … So while it’s a civilian facility, it’s an extremely protected one.” 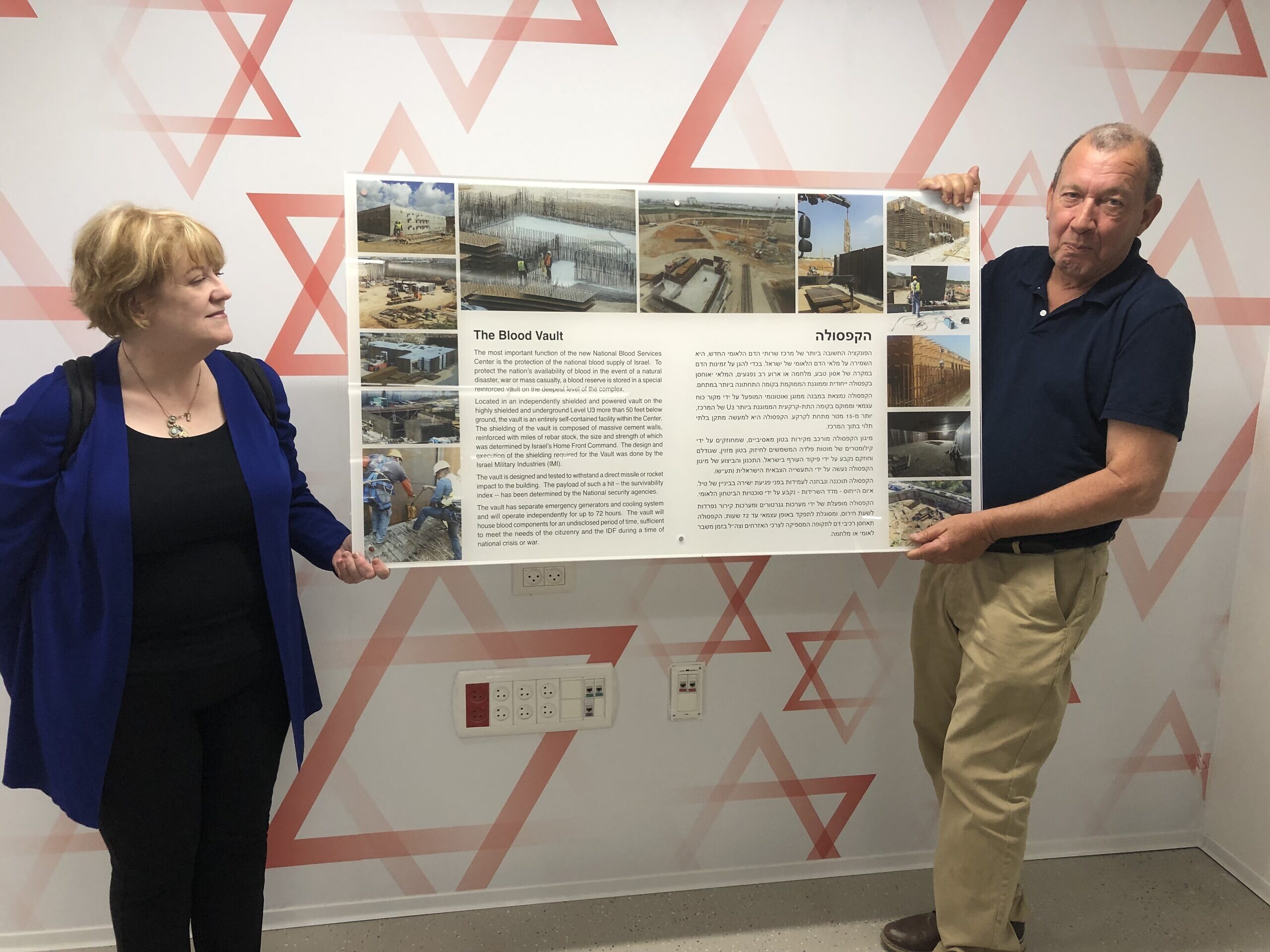 So how was Magen David Adom successful in raising the massive amount of funding for the new facility?

“I think for our donors this is something they could feel and touch and understand, because this building is critical for the people of Israel, and it is a strategic asset for the State of Israel, because without blood you can’t save people’s lives,” she said.

“Whether it’s a patient being treated with chemotherapy, someone getting stem cell treatment, or obviously a terrorist attack or a war, we need to take care of Israel’s citizens and of course the soldiers, so for our donors this building has so much emotion tied into it,” she added. 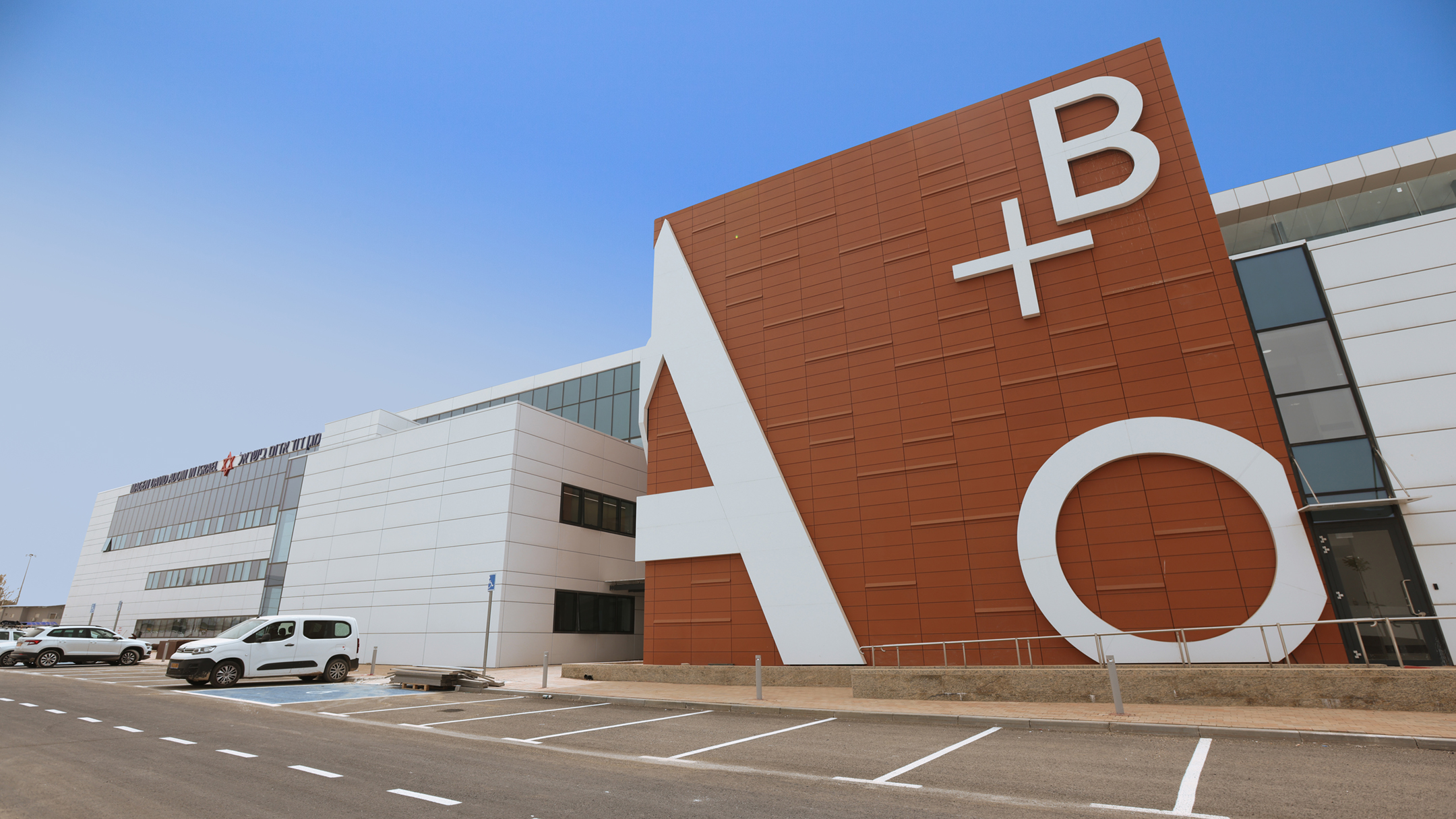 The center bears the name of Bernie Marcus, the founder of Home Depot, and his wife, Billi. The American philanthropists donated $35 million to the project. Other prominent donors include Bloomberg Philanthropies, the charitable foundation of former New York Mayor Michael R. Bloomberg; Miriam and the late Sheldon Adelson; and the Leona M. & Harry B. Helmsley Charitable Trust.