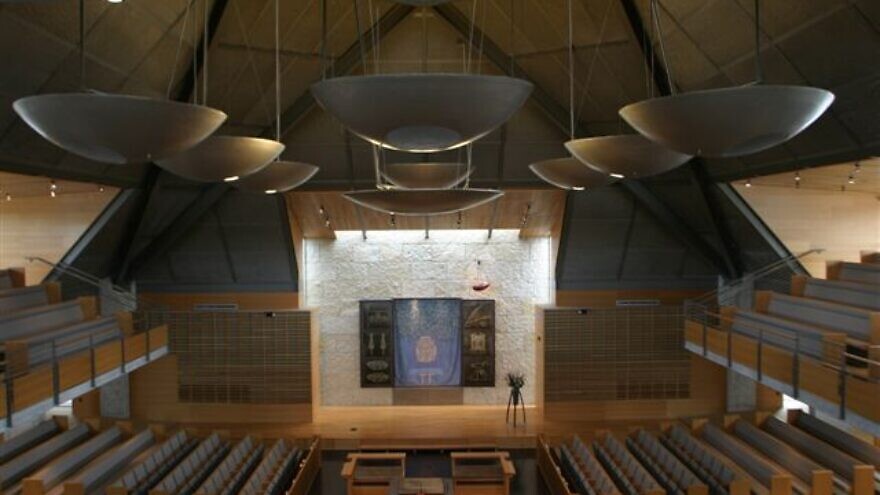 (September 2, 2021 / JNS) With the High Holidays approaching and the Delta variant surging, many synagogues nationwide are preparing to welcome congregants for in-person holiday services for the first time in two years and are juggling to keep up with a changing landscape.

Under normal circumstances, the Central Reform Congregation rents a hall for the High Holidays to accommodate the large number of people coming to services. This year, knowing the number of people indoors would be limited by COVID-19, the congregation was planning to hold services in its sanctuary.

“Originally, all of our main services were going to be indoors for people who were fully vaccinated. We had the capacity for 500 people with others in a tent outdoors,” explains Bogard. “Now, we’re not having anything indoors.”

Instead, all daytime services at Central Reform Congregation will be outdoors, while evening services on both Rosh Hashanah and Yom Kippur will be broadcast online. 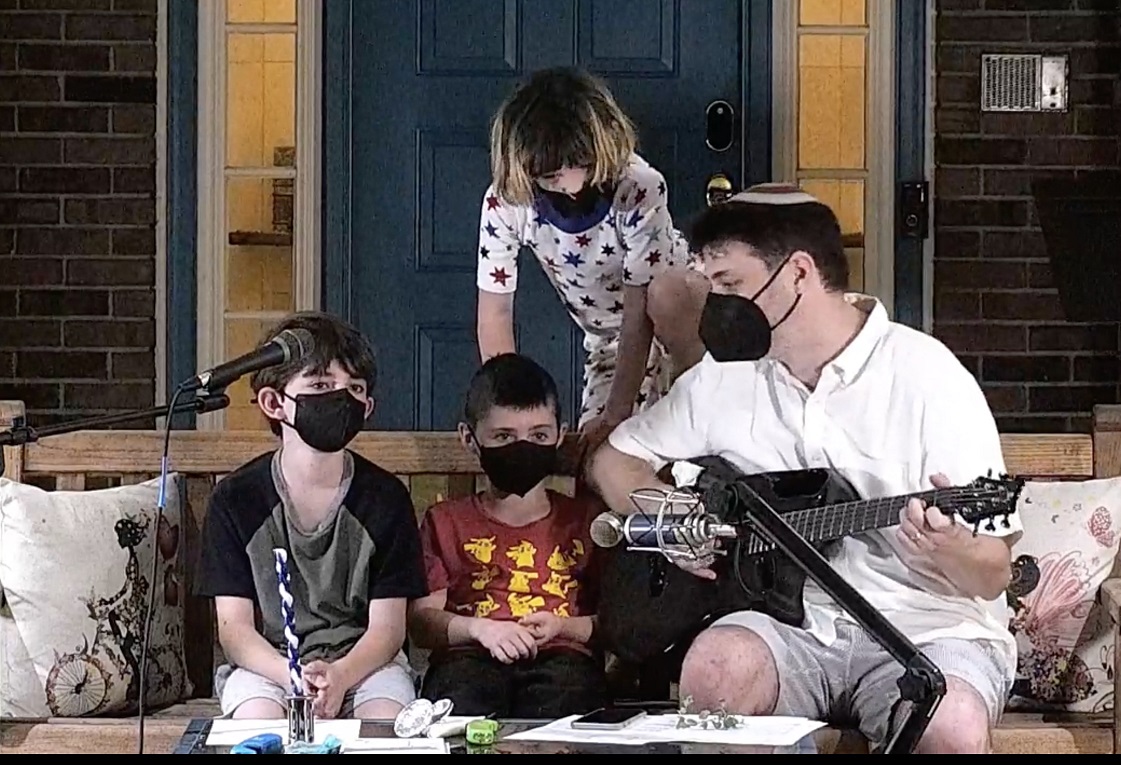 According to the Centers for Disease Control and Prevention (CDC), for the week ending Aug. 27, there were more than 16,000 new cases of COVID-19 in Missouri. Bogard said the synagogue had always planned to stream the High Holiday services (it has been offering online services for several years now), but the rise in coronavirus cases sealed the deal. When more than 400 synagogue members responded to a recent survey about their holiday plans, some 50 percent said they planned to stay home and watch services online with their families.

“We were so close. I was so excited,” says Bogard. “I knew it wasn’t going to feel the same [as years past] because we were doing it in our building and not renting a larger hall, but I was looking forward to that. It’s kind of hard; it’s like whiplash with all the sudden changing of plans and having to reverse course.”

In Texas, which is also seeing high rates of COVID-19 transmission—the CDC reports there were more than 116,000 new cases in the week ending Aug. 27—Congregation Agudas Achim, a large Conservative synagogue in Austin, will hold indoor, in-person services in its sanctuary, which can seat 750 people. This year, capacity will be capped at 50 percent. Other smaller minyanim will be held in different parts of the building.

“Last year we didn’t have in-person services. However, I don’t want to do that again,” says Rabbi Neil Blumofe, adding that with the COVID-19 vaccine and masks it is possible to be back indoors again. “It’s really essential for a synagogue to be open and have an opportunity for people to be together and spiritually participate in our traditions. Our congregation has been informed every step of the way and we have had meetings with stakeholders and the medical and science community. … People miss the community and realize the power of what a synagogue is.”

Blumofe’s congregation will also provide online prayer services. “We’ve invested quite a bit in that,” the rabbi says, “not for the convenience factor, but for people who don’t feel safe coming because of pikuach nefesh (saving a life).”

Although no official numbers exist, anecdotally the presence of online services has been a benefit to some congregations that offer them, beyond just those in their communities who do not feel safe at indoor services. Online services, rabbis report, have opened the door to individuals who may not have entered a synagogue before or who live far from a local congregation, allowing them to participate in the holidays. 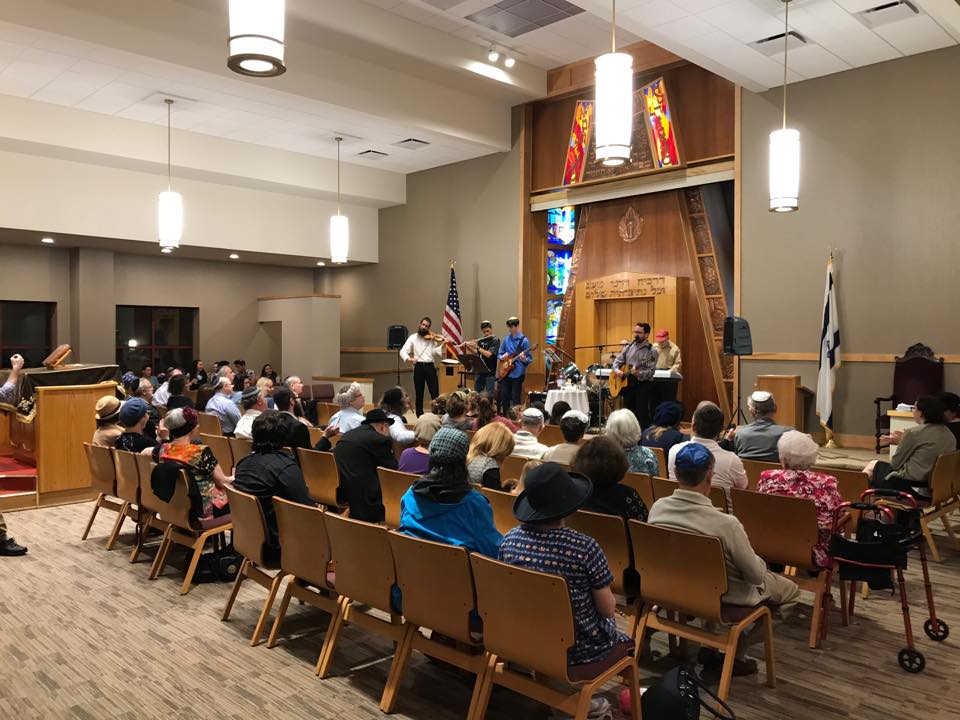 While having online services will work for some streams of Judaism, Orthodox synagogues will once again rely on a hybrid of indoor/outdoor prayer to meet the needs of their congregants who do not use computers on holidays.

For Rabbi Ben Kean, the new incoming religious leader at Congregation Beth Abraham-Jacob in Albany, N.Y.—he served as interim rabbi last year—that means he’ll be splitting his time during services, whose start times are being staggered so that he can oversee the blowing of the shofar at each service.

“Traditionally, the synagogue has had only one service even during the holidays, and I think there’s something nice about having as many people together as possible,” he says. But with a number of regular attendees not comfortable inside for services, an outdoor option is being offered.

While having multiple services and minimizing the numbers of attendees at each may seem like a good solution—be they indoors or out—it also creates a staffing challenge, particularly for smaller congregations who must, at minimum, find additional cantors, Torah-readers and shofar-blowers.

“That’s a challenge, but not one that’s insurmountable,” says Kean. “It’s worthwhile to ensure that everyone is safe and comfortable.”

Regardless of where, or how, people will be praying, Rabbi Bogard of the Central Reform Congregation says it’s important to keep in mind that “there are some people who are very lonely and don’t have friends or family to gather with.”

For them, she says, it’s important to reach out and make sure they feel connected.