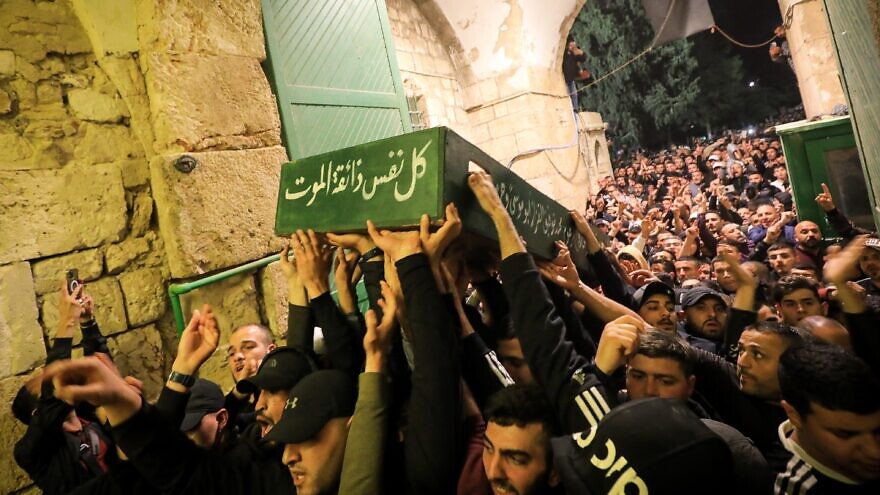 Palestinians carry the coffin of Walid al-Sharif, during his funeral at the Al-Aqsa mosque compound in Jerusalem Old City on May 16, 2022, Photo by Jamal Awad/Flash90.
Spread the word.
Help JNS grow!
Share now:

(September 19, 2022 / JNS) The Committee for Accuracy in Middle East Reporting and Analysis (CAMERA) is urging the media to highlight the fact that Israel is bracing for a wave of Palestinian terrorist attacks in the run-up to the Jewish High Holidays.

“In this sensitive period, journalists would be remiss to ignore the combustible internal Palestinian factors, combined with perilous Iranian meddling, which spells the potential for a rough period of Palestinian violence targeting Israelis,” she said.

“The information is widely reported in the Israeli press, in English, and is thus completely accessible to foreign journalists.”

Warnings by police about planned attacks over the holidays come against the background of stepped-up Palestinian violence over recent months. “The Shin Bet foiled hundreds of attacks since the beginning of the year,” Israeli Prime Minister Yair Lapid said earlier this month. “Shooting attacks, explosives, suicide [attacks], and kidnappings.”