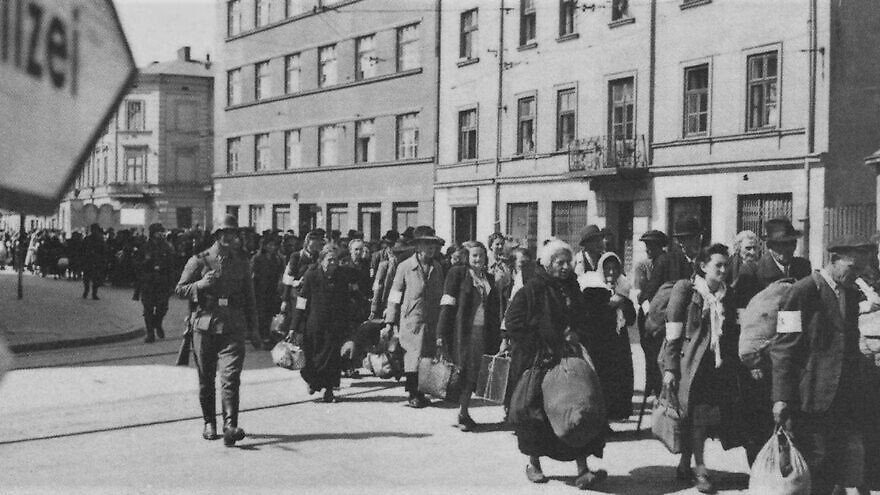 (April 12, 2022 / JNS) Mimi Reinhard, a secretary in Oskar Schindler’s office who typed up the list of Jewish men, women and children to be saved from death by Nazi Germany, died in Israel on Friday at the age of 107.

She was buried Sunday in Herzliya, said her son, Sasha Weitman, as reported in the AP.

Born Carmen Koppel in Vienna, Austria, in 1915, Reinhardt moved to Krakow, Poland, before the start of World War II and was forced into the Krakov ghetto when the Nazis invaded the country in 1939.

In 1942, she was sent to the Plaszow concentration camp, where she worked in the administrative office because she was skilled in shorthand. Two years later, she was ordered to type up the list of Jews that were going to be transferred to work in an ammunition/metal factory in Krakow, Poland, that was owned by Schindler.

She added her own name to the list—and the names of two friends—and was among the 1,200 Jews saved by the German businessman, who bribed Nazi authorities to let him keep the listed Jews as workers in his factories. Schindler’s efforts inspired Steven Spielberg’s 1993 film “Schindler’s List.”

Weitman said his mother, after moving to Israel, “became a kind of celebrity” following the release of the movie, reported the New York Post.

More than that, he noted that it “pumped another 15 years into her life.”

Reinhard lived in the United States until moving to Israel in 2007 when she was 92.