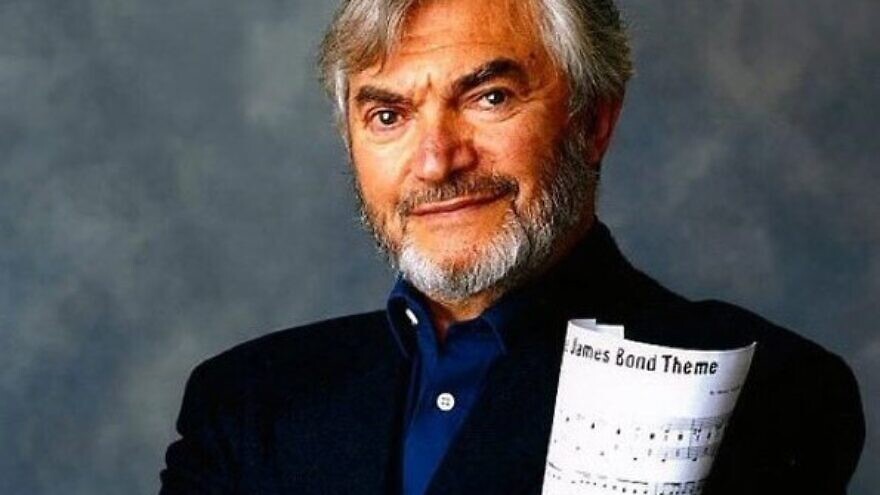 (July 13, 2022 / JNS) Monty Norman, the Jewish-British composer and lyricist who wrote the theme song for the James Bond films, died on Monday at the age of 94 after battling a “short illness,” according to a statement posted on his official website.

A lifelong resident of London, Norman was born in 1928, the only child of Ann and Abraham Noserovitch. His mother bought him a guitar when he was 16, and he went on to have guitar lessons with Bert Weedon, who eventually became one of Britain’s top guitarists.

Norman was hired by producer Albert “Cubby” Broccoli and Harry Saltzman to compose a score for the first James Bond film “Dr. No,” which was released in 1962. The theme song he created has been used in all 25 Bond films.

In 1989, Norman received the Gold Badge of Merit for Services to British Music from the British Academy of Songwriters, Composers and Authors (BASCA). He was also honored with the Ivor Novello Award for composing the James Bond theme song.

He once said in an interview: “Well, I hope when the time comes people will remember that I’ve done quite a few things, but the fact that ‘James Bond’ is so iconic in everybody’s mind; you can’t argue with that and nor would I want to.”

The last project Norman worked on before his death was an animated film called “Mississippi Big,” about birds in the Mississippi Delta.