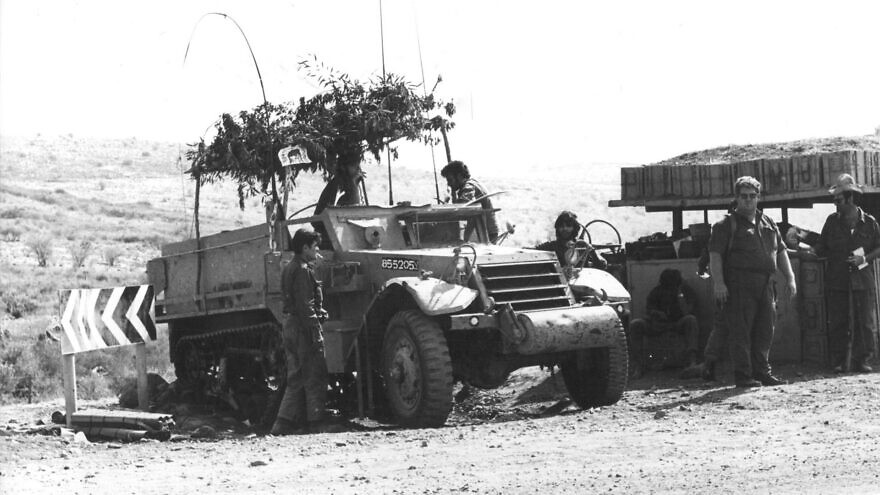 A sukkah on an Israeli army vehicle in the Golan during the 1973 Yom Kippur War. Photo by Nathan Fendrich, Courtesy of the Pritzker Family National Photography Collection at National Library of Israel.
Spread the word.
Help JNS grow!
Share now:

(September 23, 2021 / JNS) Nearly 50 years after the Yom Kippur War, the National Library of Israel has released a number of rare photos showing how the festival of Sukkot, or “Feast of Tabernacles,” was celebrated during the conflict, even as war raged in the Sinai and the Golan Heights.

Also known as the 1973 Arab-Israeli War, the Yom Kippur War took this name because it broke out on the Day of Atonement, the holiest day on the Jewish calendar. Because of its name, many forget that Sukkot, which begins just a few days after Yom Kippur, also fell during the height of the fighting.

A biblical injunction commands Jews to sit in a temporary dwelling called a sukkah during the festival. Due to the circumstances during the war, the chief military rabbi had declared soldiers exempt from fulfilling this commandment, yet many soldiers built improvised sukkahs on jeeps and other military vehicles anyway, some even in enemy territory.

The photos include a number taken by the photographer Nathan Fendrich, a then-39-year-old American tourist who had come to Israel to document historical and archaeological sites. Stuck in Israel at the outbreak of the war, he decided to travel between the various fronts, armed with his camera. 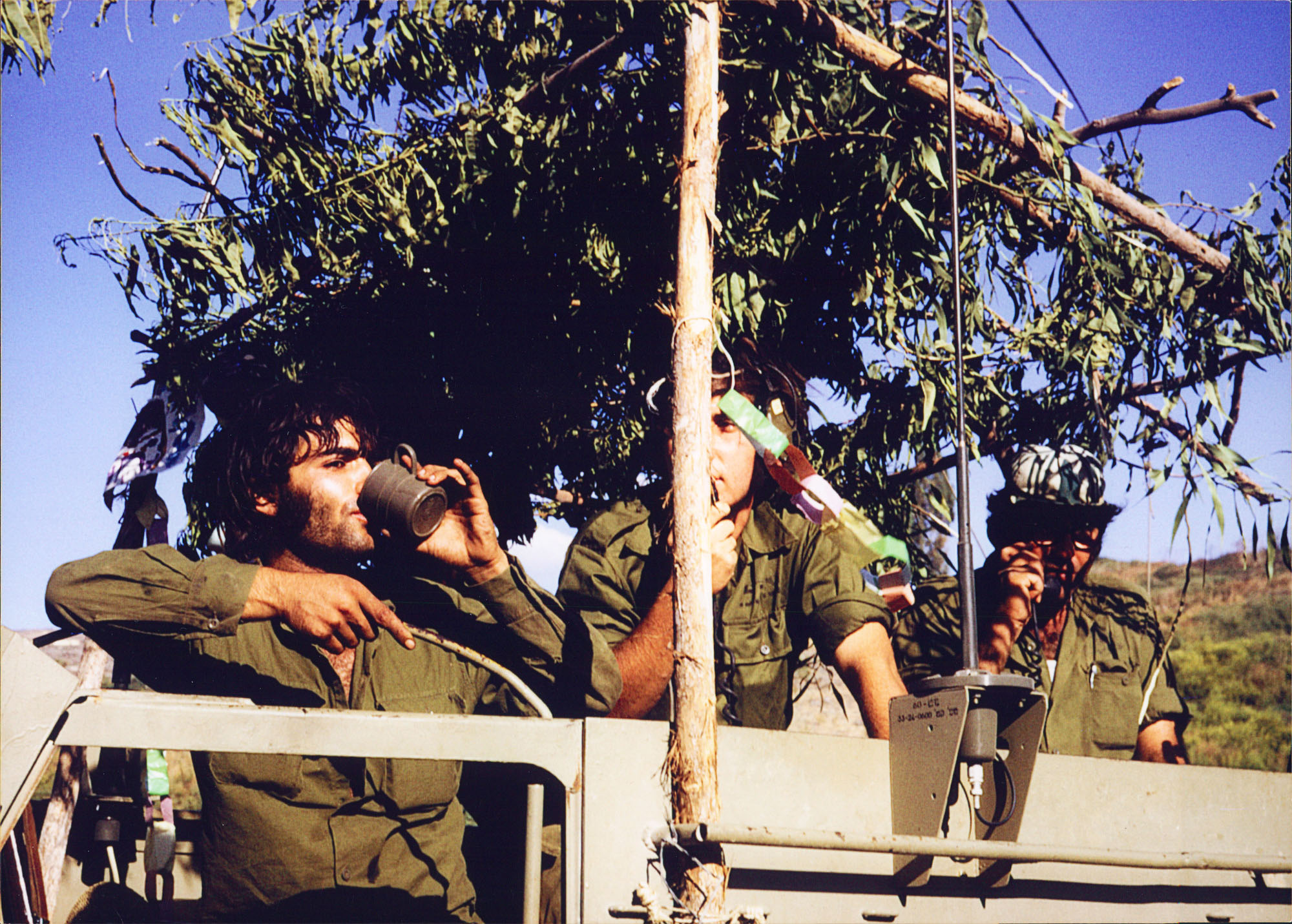 A makeshift sukkah built on an Israeli army vehicle in the Golan during the 1973 Yom Kippur War. Photo by Nathan Fendrich, Courtesy of the Pritzker Family National Photography Collection at National Library of Israel.

Fendrich recently donated his collection, including hundreds of previously unpublished photographs, to the National Library of Israel in Jerusalem.

By the end of Sukkot, the turning point in the war had come as the Israel Defense Forces moved from defense to offense. One contemporary newspaper report from deep in Syrian territory described finding an improvised sukkah on the way to the site of the critical battle at Hushniya junction, with one soldier recounting, “The guys from the armored division set up the sukkah. Yes, they managed to fulfill the mitzvah of sitting in it before they were called to destroy the last enemy pocket … .”

The photos are part of the Pritzker Family National Photography Collection at the National Library of Israel, the world’s leading collection of its kind, providing a visual record of Ottoman and Mandatory Palestine, and Israeli society and culture from the mid-19th century to the present. The collection includes more than 2 million items, among them photo albums, individual photos, postcards, personal collections, and archives of private photographers and photographic agencies.