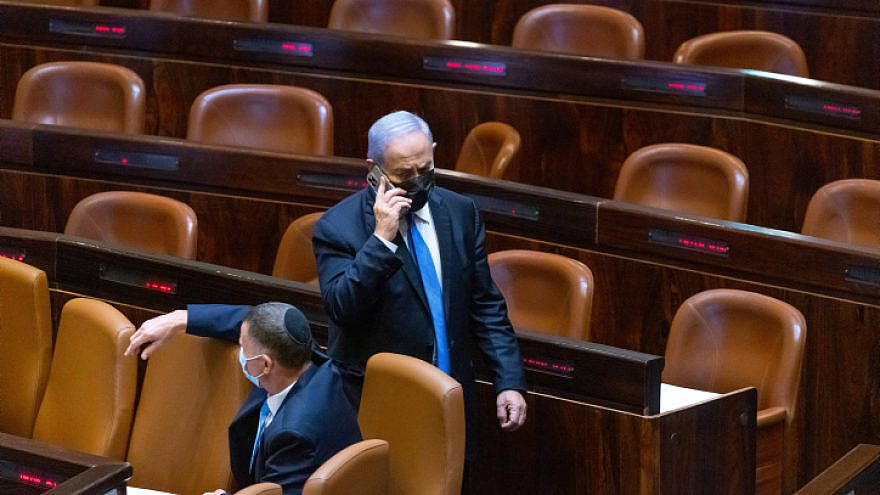 Also on Thursday morning, Yesh Atid presented the Knesset Secretariat with the signatures of 61 lawmakers, seeking to cement the change of government. Lapid and Yamina Party leader Naftali Bennett, the bloc’s would-be prime minister as part of a power-sharing deal with Yesh Atid, seeks to have the new government sworn in by next Wednesday.

According to Channel 12, Yesh Atid has also presented a motion to immediately replace Knesset Speaker Yariv Levin of the Likud Party with Knesset member Mickey Levy, as it is believed Levin will use his power to delay the vote in an effort to further delay Netanyahu’s ouster.

Likud issued no official statement following Lapid’s assertion that he has been able to form a government, with party insiders saying only that “not all is lost” and pledging to continue efforts to counter the plan to remove Israel’s longest-serving prime minister from power.

Likud Knesset member Keren Barak said on Thursday, “Yesterday we said that it’s not over till it’s over. Everyone can see that these seven parties [making up the coalition] have nothing in common. We plan to explain that to the public in the coming days.”