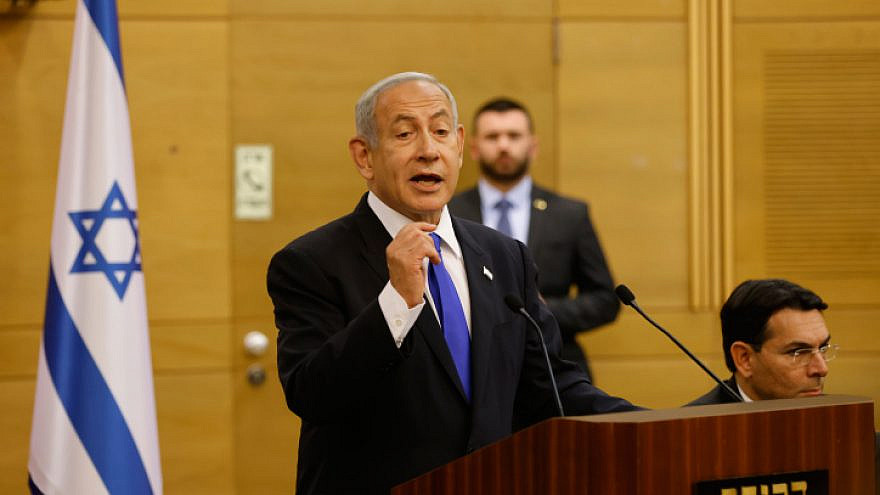 “We’ll fight against illegal building by Palestinians,” said Netanyahu, who qualified that this did not mean that the government would “enable illegal Israeli building” in Area C, which is under full Israeli jurisdiction.

“What’s important to me is that all heads of the coalition parties agree upon this,” he added.

Defense Minister Yoav Gallant on Friday ordered the demolition of the Or Chaim outpost in Samaria, causing friction within the government.

Smotrich, who also holds the post of minister in the Defense Ministry, has been tasked by Netanyahu with overseeing the Civil Administration, the ministry’s body responsible for approving construction and handling other bureaucratic matters in Area C of Judea and Samaria.

Nevertheless, Netanyahu appeared to back Gallant’s position, releasing a statement on Friday saying: “The government supports settlement but only when it is done legally and is coordinated in advance with the prime minister and security officials, which was not done in this case. The prime minister will convene a discussion on the issue early next week.”

Israeli activists attempted on Sunday to rebuild the outpost, but security forces stopped them from erecting structures at the site and arrested several people. A statement released on behalf of the families building Or Chaim said they would “continue to hold on to the hilltop even if we are evacuated 100 times.”

He circulated a document during the Cabinet meeting outlining illegal structures built by Arabs in Judea and Samaria over the past month, and demanded that they also be destroyed.

Knesset member Danny Danon (Likud) on Monday morning led a fact-finding visit to a hilltop overlooking Khan al-Ahmar. The gathering was also attended by Likud MK Yuli Edelstein, the chairman of the Foreign Affairs and Defense Committee, and comes ahead of the Feb. 1 deadline set by the Supreme Court for the government to disclose its plans for demolishing the illegal community.

Danon said during a briefing that “when it comes to illegal building in Judea and Samaria, there can’t be double standards. We saw what happened last Friday when the authorities evacuated a Jewish community that was built illegally, but look what’s happening here. You have an illegal Palestinian community that is not being evacuated despite the ruling of the Supreme Court. We are calling on the prime minister of Israel to say clearly to the Supreme Court that this illegal settlement will be evacuated as soon as possible.”

Also present were members of the Regavim organization, which filed the original petition against Khan al-Ahmar in court back in 2009 and has been at the forefront of the struggle under subsequent governments to have the illegal enclave relocated to an approved site.

According to Regavim, there are more than 170 illegal outposts in Area C of Judea and Samaria, created by the Palestinian Authority and funded by the European Union.